Will the Devils make a splash at the trade deadline? Could the Flyers buy out Kevin Hayes? Are the Canadiens interested in Brock Boeser? What’s the latest on the Oilers and Jesse Puljujarvi? Find out in the Sunday NHL Rumor Roundup.

COULD THE DEVILS BECOME MAJOR PLAYERS AT THE TRADE DEADLINE?

NEW YORK POST: Larry Brooks believes the New Jersey Devils have the assets to swing a major move by the March 3 trade deadline if they wish.

Brooks acknowledged the Devils’ salary-cap restrictions plus the eventual return of sidelined winger Ondrej Palat could eliminate the need to seek a high-end rental player.

SPECTOR’S NOTE: The high-flying Devils could be worth watching as the trade deadline approaches. They could make a move or two if they decide to go all-in for a Cup run. Then again, they could stick with their current lineup or only make a tweak or two with an affordable rental player. 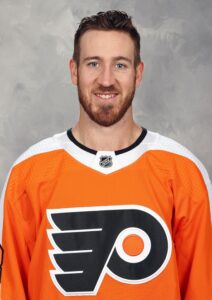 WILL THE FLYERS TRADE OR BUY OUT KEVIN HAYES?

NEW YORK POST: Larry Brooks observed that Philadelphia Flyers center Kevin Hayes has three seasons remaining on his contract with an average annual value of over $7.14 million. He believes a buyout is inevitable unless the Flyers can move Hayes while retaining 50 percent of his cap hit. The buyout would cost between $1.6 million and $4.75 million against the cap for the next six seasons.

We don’t know what plans Flyers general manager Chuck Fletcher has in mind for Hayes or anyone else on his roster. Heck, Fletcher might not even be the GM by the end of this season.

Nevertheless, a buyout seems more likely than a trade even at retaining half of Hayes’ contract. The Flyers would also likely have to include a draft pick or prospect in that deal.

COULD THE CANADIENS HAVE AN INTEREST IN BROCK BOESER?

MONTREAL HOCKEY NOW: cited the Dec. 9 episode of the Sekeres and Price Show podcast during which NHL insider Rick Dhaliwal said the Montreal Canadiens have had a longstanding interest in Vancouver Canucks winger Brock Boeser.

Dhaliwal suggested Canadiens center Sean Monahan would be the type of player on an expiring contract that the Canucks would be interested in acquiring in a deal for Boeser. He thinks Monahan would help if the Canucks decide to trade Bo Horvat at the trade deadline.

SPECTOR’S NOTE: The Canucks don’t want to retain any part of Boeser’s $6.65 million annual cap hit through 2024-25. They also aren’t interested in adding a sweetener like a draft pick or a prospect to convince another team to take on Boeser’s contract.

However, they are willing to take back a contract (preferably an expiring one) as they want to clear free up cap space beyond this season. They’d also want a draft pick, prospect or affordable young NHL player as part of that return.

Bergevin may have had an interest in Boeser but we don’t know if current Canadiens GM Kent Hughes shares that keenness for the Canucks winger. He might not want to take on Boeser’s cap hit for the next couple of seasons, especially when he’s got rising star Cole Caufield due for a big raise as a restricted free agent this summer.

SPORTSNET: Elliotte Friedman reports there was a conversation before the start of the season between Edmonton Oilers management and the agent for winger Jesse Puljujarvi regarding the possibility of moving him if things didn’t go well this season.

Friedman noted Puljujarvi’s comments last week to a Finnish sportswriter regarding his concerns over his performance. He believes a trade could be coming for the Oilers winger but it will take some time. Their roster is banged up and they don’t have a salary-cap issue until Evander Kane returns to the lineup.

SPECTOR’S NOTE: Friedman also said that a couple of teams indicated that Puljujarvi seems more comfortable and puts less pressure on himself when he’s not playing alongside Connor McDavid and Leon Draisaitl. It could be that he needs a change of scenery to get his playing career back on track.

Puljujarvi’s carrying a one-year contract worth $3 million. However, there might not be many potential trade partners given the high number of teams squeezed for cap space this season.

The Oilers reportedly didn’t find any offers to their liking during the offseason. Given Puljujarvi’s lack of confidence and low production this season, his value in the trade market is probably at rock bottom. They could end up having to bite the bullet and accept whatever they can to make this deal happen.

← NHL Morning Coffee Headlines - December 11, 2022 NHL Morning Coffee Headlines - December 12, 2022 →
We use cookies on our website to give you the most relevant experience by remembering your preferences and repeat visits. By clicking “Accept”, you consent to the use of ALL the cookies.
Do not sell my personal information.
Cookie SettingsAccept
Manage consent