Would Anthony Duclair or Vladimir Tarasenko be worthwhile trade targets for the Flames? Could the Kraken become trade deadline buyers? What’s the latest on the Senators? Find out in today’s NHL Rumor Mill.

SHOULD THE FLAMES LOOK AT DUCLAIR OR TARASENKO?

THE ATHLETIC: Eric Duhatschek noted the Calgary Flames still haven’t found a suitable replacement for Johnny Gaudreau after the winger signed last summer with the Columbus Blue Jackets. He wondered if the Florida Panthers’ Anthony Duclair or the St. Louis Blues’ Vladimir Tarasenko would fit for the Flames.

Duclair is expected to soon return to action from a torn Achilles tendon while the Panthers are trying to stay in the Eastern playoff race. Duhatschek believes that discussion should wait until it’s determined Duclair hasn’t suffered any lingering effect from his injury as well as where the Panthers are in the standings. 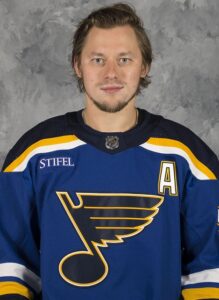 Duhatschek wondered how well Tarasenko would respond to playing under Flames coach Darryl Sutter’s demanding system. He noted, however, that Marian Gaborik thrived under Sutter with the Los Angeles Kings.

SPECTOR’S NOTE: The Flames have been rumored to be in the market for a top-six winger for some time. There was speculation linking them to Montreal’s Josh Anderson but the Canadiens appear unwilling to part with him.

Tarasenko seems a more likely option for the Flames than Duclair as the Panthers reportedly wish to keep him. Tarasenko is an unrestricted free agent this summer who reportedly never rescinded his 2021 trade request. Whether the Flames can find a way to take on the remainder of his $7.5 million cap hit and meet the Blues’ asking price remains to be seen.

WILL THE KRAKEN BECOME DEADLINE BUYERS?

THE SEATTLE TIMES: Geoff Baker recently reported that Kraken general manager Ron Francis is keeping an eye on this season’s March 3 trade deadline. Carrying three second-round picks in his year’s draft, Francis could use one or two of them to add a talented player.

The Kraken’s blue-line depth remains thin and they’ve been lucky to be relatively healthy over the course of this season. He pointed out they went 3-3-1 over the seven games Jamie Oleksiak was sidelined by a November injury and a December suspension.

Baker noted that Anaheim Ducks defenseman John Klingberg has been linked to the Kraken in the trade rumor mill. He’s under a one-year, $7 million contract and becomes an unrestricted free agent on July 1.

SPECTOR’S NOTE: The Kraken jockeying with the Vegas Golden Knights for first place in the Pacific Division. It wouldn’t be a surprise if Francis goes shopping to shore up his blueline depth before March 3.

Klingberg might be an option for Francis. He could also make a pitch for Jakob Chychrun but I doubt he’d meet the Arizona Coyotes’ asking price of two first-rounders and a high-end prospect. Perhaps Chychrun’s teammate Shayne Gostisbehere could be a trade target.

SPECTOR’S NOTE: The Kings are loaded with right-shot defensemen. Apart from Drew Doughty and Sean Durzi, they could be willing to part with one of them. Perhaps Sean Walker or Matt Roy might be available.

← NHL Morning Coffee Headlines - January 23, 2023 A Bump In The NHL's Road Toward Inclusivity →
We use cookies on our website to give you the most relevant experience by remembering your preferences and repeat visits. By clicking “Accept”, you consent to the use of ALL the cookies.
Do not sell my personal information.
Cookie SettingsAccept
Manage consent