Is it time for the Canucks to become sellers? What’s the latest on the Panthers? Find out in today’s NHL Rumor Mill.

TIME TO SELL FOR THE CANUCKS?

THE PROVINCE: Patrick Johnston believes it’s time for Vancouver Canucks management to start identifying its trade chips that can be used to rebuild the slumping club. They appear headed toward missing the playoffs for the third straight year.

Johnston believes the Canucks have missed their opportunity to re-sign Bo Horvat. His stellar performance this season combined with his $5.5 million cap hit makes him the most coveted player in this season’s trade market. It’s believed the Colorado Avalanche and New Jersey Devils are interested in the Canucks captain. 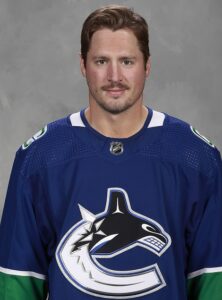 SPECTOR’S NOTE: The Avalanche definitely need a second-line center and I don’t doubt that they’d have interest in Horvat. I wonder, however, if they can afford to pay what is likely to be an expensive asking price to get him.

The Devils, meanwhile, already have two young stars at center in Jack Hughes and Nico Hischier. There’s no room there for Horvat unless the Devils intend to shift Hughes to the wing.

Johnston wonders if there’s any chance of the Canucks trading J.T. Miller, whose new contract with its $8 million average annual value doesn’t begin until 2023-24. He lacks no-trade protection on his current deal.

The cost certainty of Miller’s upcoming new deal could make him enticing to clubs that were nervous about acquiring him last year before he signed that extension. However, he’s struggling to replicate last season’s 99-point performance, which could hurt his market value.

SPECTOR’S NOTE: Those who said the Canucks should’ve signed Horvat before Miller have been vindicated this season. It’s looking more and more like management made a mistake, though it’s easy to judge in hindsight.

Miller had a career-best performance in 2021-22 while Horvat, a reliable 50-60 point two-way center, gave no indication he would be on pace for a 50-goal performance in his contract year. The stalemate in his contract talks seems to have given him additional motivation this season. He’s going to get a big payday, probably more than what Miller got, but it won’t be coming from the Canucks.

Some believe the Canucks should trade Miller and use the savings to re-sign Horvat. While I don’t rule out that possibility, that ship may have sailed.

Brock Boeser has just three points in the 11 games since the Canucks gave his agent permission to speak with other teams. It would improve his trade value if he could pick up his production. He’s carrying a $6.65 million annual cap hit on a three-year contract.

SPECTOR’S NOTE: Boeser’s contract is why I expect he’ll be moved in the offseason instead of by the March 3 trade deadline. Unless they’re willing to retain salary or take back a significant contract in return, there aren’t a lot of teams that can afford to absorb Boeser’s cap hit.

Johnston wondered if New York Rangers winger Alexis Lafreniere is on the trade block. He cited sources saying the Canucks are interested in the 2020 first-overall pick. One NHL observer suggested the Rangers would want size and “win-now assets” in return.

SPECTOR’S NOTE: TSN’s Pierre LeBrun and Sportsnet’s Elliotte Friedman have recently reported that the Rangers still believe in Lafreniere and don’t want to give up on the struggling 21-year-old winger. Still, that belief could be tested if a rival club made a substantial offer.

THE PANTHERS WILL SOON FACE A COST-CUTTING MOVE

DAILY FACEOFF: Frank Seravalli believes the Florida Panthers will soon have to make a cost-cutting trade. Winger Anthony Duclair is expected to return to their lineup soon and the cap-strapped club will have to shed some salary to make room for him. Patric Hornqvist is also sidelined indefinitely with a concussion so they haven’t been forced to deal with the issue of Duclair’s return just yet as both are on long-term injury reserve.

SPECTOR’S NOTE: Seravalli doesn’t expect Duclair to be the one who gets traded when he and Hornqvist are ready to return to action. The Panthers would find it difficult to move the aging Hornqvist, who carries a $5.3 million cap hit this season.

Some observers have suggested they could be forced to peddle Carter Verhaeghe, Sam Reinhart or Sam Bennett to free up sufficient room for Duclair. It’ll be interesting to see how they address this situation.

← NHL Morning Coffee Headlines - January 6, 2023 NHL Morning Coffee Headlines - January 7, 2023 →
We use cookies on our website to give you the most relevant experience by remembering your preferences and repeat visits. By clicking “Accept”, you consent to the use of ALL the cookies.
Do not sell my personal information.
Cookie SettingsAccept
Manage consent