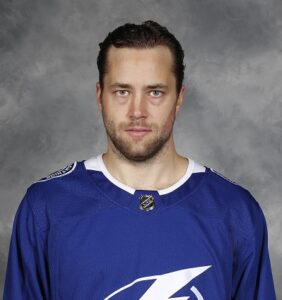 NHL.COM: The Pittsburgh Penguins overcame a 4-2 deficit to nip the Columbus Blue Jackets 5-4 on shootout goals by Sidney Crosby and Evgeni Malkin, with the latter having a three-point game. The Penguins were playing without defenseman Kris Letang, who’s day-to-day with a lower-body injury.

Joel Armia scored twice as the Winnipeg Jets held on for a 4-3 victory over the Edmonton Oilers. It was a costly victory, however, as first-line center Mark Scheifele left the game in the second period with an apparent right-shoulder injury. A further update is expected later today.

Malcolm Subban made 27 saves to give the Vegas Golden Knights their fifth straight win by defeating the Anaheim Ducks 4-1. The expansion Golden Knights (50 points) sit atop the overall standings in the Western Conference. This game was the first of the season for Ducks center Ryan Kesler, returning to action after being sidelined by offseason hip surgery.

Two goals by Nico Hischier powered the New Jersey Devils to their fifth consecutive victory as they beat the Detroit Red Wings 3-1. Sami Vatanen scored his first goal as a Devil. Brian Boyle and Kyle Palmieri returned to the lineup after leaving Saturday’s games against Chicago.

Pekka Rinne made 29 saves as the Nashville Predators held off the St. Louis Blues 2-1. Earlier in the day, the Blues announced the re-signing of general manager Doug Armstrong to a four-year contract extension.

SPECTOR’S NOTE: Armstrong’s new deal shouldn’t come as any surprise. He’s done a fine job building the Blues into one of the league’s better clubs.

Riley Nash scored twice and set up another as the Boston Bruins downed the Ottawa Senators 5-1. The Sens have dropped 16 of their last 19 games while the Bruins move into a tie with the Toronto Maple Leafs for second place in the Atlantic Division.

SPECTOR’S NOTE: Sorry, Sens fans, no playoffs for your team this year. They’ve sunk too far in the standings to rally back now.

Ondrej Pavelec kicked out 30 shots backstopping the New York Rangers to a 1-0 blanking of the Washington Capitals. Mika Zibanejad and Mats Zuccarello scored in the shootout for the Blueshirts. Rangers winger Chris Kreider left the game in the first period with an upper-body injury.

SPECTOR’S NOTE: Barring a miraculous second-half turnaround, the Canadiens can forget about reaching the playoffs this season. Despite goalie Carey Price’s heroics, their offense is anemic and their defense atrocious.

Mathew Barzal scored in overtime as the New York Islanders edged the Buffalo Sabres 3-2. John Tavares and Josh Bailey each collected two points for the Isles.

The Minnesota Wild doubled up the Dallas Stars 4-2. Mikael Granlund tallied the winner on a second-period power play. Tyler Seguin had a goal and an assist for the Wild. Meanwhile, Wild left wing Zach Parise headed to the Wild’s AHL affiliate to play a tune-up game before returning to NHL action. He’s been sidelined since undergoing back surgery on Oct. 24.

Antti Raanta turned aside 25 shots to give the Arizona Coyotes a 3-1 win over the Colorado Avalanche. Earlier in the day, the Avs learned defenseman Tyson Barrie will miss four-to-six weeks with a fractured bone in his right hand, Meanwhile, Coyotes forward Zac Rinaldo received a six-game suspension for sucker-punching Avs blueliner Samuel Girard during Saturday’s game between the two clubs.

CHICAGO SUN-TIMES: Bad news for the Blackhawks as goaltender Corey Crawford is sidelined indefinitely with an upper-body injury.

SPECTOR’S NOTE: If Crawford’s out for a significant period it will put considerably pressure upon backup Anton Forsberg to fill the gap. Forsberg’s been used sparingly in recent weeks.