​Are the Flyers looking at Keith Yandle or Danny DeKeyser? Should the Leafs use Travis Dermott as a trade chip for a forward? Should the Avalanche upgrade their goaltending? Check out the latest in today’s NHL rumor mill. 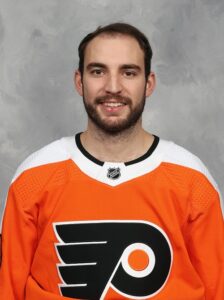 Gostisbehere is a South Florida native while Yandle surfaced in recent trade speculation. An NHL source told Murphy this rumor has “more than legs” to it, suggesting the Flyers could “eat some money there” and would be better with Yandle.

SPECTOR’S NOTE: The Flyers have stumbled out of the gate this season. They’ve struggled defensively, giving up 35.5 shots-against per game with a bloated 3.50 goals-against per game and a sickly penalty-kill percentage of 63.6. Having Selke Trophy winner Sean Couturier and top-four defenseman Philippe Myers sidelined by injuries doesn’t help.

Gostisbehere’s been a fixture in the trade rumor mill for some time so it wouldn’t be shocking if the Flyers traded him this season. However, I don’t see Yandle or DeKeyser as a fit with the Flyers.

Yandle, 34, is a skilled puck-moving blueliner but he’s not renowned for his defensive play. He carries an annual average value of $6.35 million through 2022-23 with a full no-movement clause. The 31-year-old DeKeyser, meanwhile, missed most of last season recovering from back surgery. His annual cap hit is $5 million through next season with a 10-team no-trade list.

SHOULD THE LEAFS DERMOTT FOR A FORWARD?

Siegel wondered if the Leafs might draw upon their apparent surplus of defensemen. He suggested Travis Dermott as the likely trade candidate citing his limited ice time this season.

That could be a risky move, as Dermott could be worth retaining in case injuries strike the defense corps. Trading him would also leave the Leafs having to expose another defenseman at this summer’s expansion draft.

SPECTOR’S NOTE: The Leafs could keep an eye on the waiver wire at this point rather than make a trade. Nevertheless, they could consider making a trade if the concern over the forward depth adversely affects their performance. Dermott does seem the most likely trade chip if they intend to deal from their roster.

SHOULD THE AVALANCHE UPGRADE BETWEEN THE PIPES?

THE DENVER POST: Mike Chambers recently suggested the Colorado Avalanche’s goaltending remains shaky entering this season. He feels it hasn’t improved over last season. Pavel Francouz is sidelined, forcing them to go with inexperienced backups for starter Philipp Grubauer. He feels the Avalanche might have to shop around for help if Francouz’s absence is longer than expected.

SPECTOR’S NOTE: This could be a situation worth monitoring. Francouz missed his third straight game on Sunday. As long as Grubauer remains healthy they’ll likely wait for Francouz to heal up and return. However, they could be forced into the trade market if Grubauer struggles or gets hurt.

← NHL Morning Coffee Headlines - January 25, 2021 Plenty of Candidates in Early NHL Calder Trophy Odds →
We use cookies on our website to give you the most relevant experience by remembering your preferences and repeat visits. By clicking “Accept”, you consent to the use of ALL the cookies.
Do not sell my personal information.
Cookie SettingsAccept
Manage consent