The list of arbitration dates is released, the Penguins re-sign Kasperi Kapanen, the Predators sign Nino Niederreiter and the Sharks name David Quinn as head coach. Get the details and more in today’s NHL Morning Coffee Headlines.

NHLPA.COM: The list of salary arbitration hearing dates has been released:

SPECTOR’S NOTE: Tkachuk’s hearing being held on the final day of the arbitration schedule provides the Flames with some time to work out a trade for the restricted free agent. He recently informed them that he wasn’t interested in signing a long-term contract, sparking reports claiming a trade was imminent. 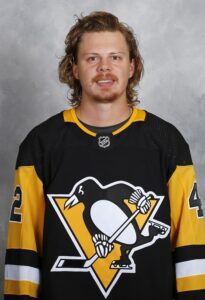 Clubs with an interest in Tkachuk will want assurances he’ll sign a long-term deal with them. Depending on when he’s traded, the Aug. 11 arbitration date could give his new team some wiggle room to hash out the details of a new contract with him.

PITTSBURGH HOCKEY NOW: The Penguins avoided salary arbitration with Kasperi Kapanen by signing the restricted free agent winger to a two-year contract with an average annual value of $3.2 million. Kapanen, 26, was slated for an arbitration hearing on July 30.

SPECTOR’S NOTE: Kapanen’s getting the same AAV as he was on his previous contract. This signing puzzled some Penguins followers given the winger’s disappointing performance last season and the frequency he surfaced in the rumor mill.

THE TENNESSEAN: The Nashville Predators signed winger Nino Niederreiter to a two-year, $8 million contract. The average annual value is $4 million.

SPECTOR’S NOTE: The Predators needed secondary scoring depth. Niederreiter, 29, has tallied 20-plus goals six times in his 11-season NHL career. He took a pay cut to go to Nashville down from $5.25 million per season on his previous deal.

This move should put to rest recent speculation suggesting Predators general manager David Poile would pursue a big-ticket scorer such as Matthew Tkachuk via trade or center Nazem Kadri through free agency. With $4 million in cap space and 21 players under contract for 2022-23, it appears that Poile has made his significant roster additions for this summer.

SAN JOSE HOCKEY NOW: The Sharks have hired David Quinn as their new head coach. Quinn was head coach of the New York Rangers from 2018-19 to 2020-21.

VANCOUVER HOCKEY NOW: J.T. Miller’s agent reveals there haven’t been any contract talks with the Canucks since the 2022 NHL Draft two weeks ago.

Brian Bartlett said previous discussions were amicable but the two sides aren’t particularly close to a deal, nor does he believe a trade is imminent. He said his client likes playing in Vancouver and is open to signing a contract extension.

SPECTOR’S NOTE: Canucks management could be taking a breather after a busy two weeks involving the draft and free agency. With Miller under contract for the coming season, both sides have plenty of time to continue contract talks.

PHILADELPHIA HOCKEY NOW: Carter Hart’s attorney said his client was not involved in the sex scandal involving players from Canada’s 2018 world junior team. A woman has accused eight players from that team of sexually assaulting her during a Hockey Canada gala and golf tournament in 2018.

← NHL Rumor Mill - July 21, 2022 NHL Rumor Mill - July 22, 2022 →
We use cookies on our website to give you the most relevant experience by remembering your preferences and repeat visits. By clicking “Accept”, you consent to the use of ALL the cookies.
Do not sell my personal information.
Cookie SettingsAccept
Manage consent