NEW YORK POST: Larry Brooks reports the NHL released a directive to its clubs on Friday following a general managers’ meeting setting the dates for the start of the 24-team Stanley Cup tournament. 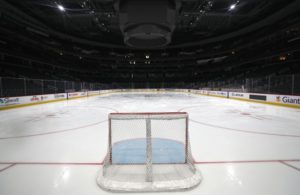 According to Brooks, the qualifying round will begin on July 30 at two host cities that will be selected within the next week or so.

Training camps scheduled to commence July 10 will last approximately two weeks, followed by a travel period (July 23 or 24) for the 24 teams to move to their respective host cities. Teams will play one exhibition game each before the tournament begins.

Brooks reports coronavirus testing will be done every other day for all personnel entering the facility. It’s unclear if media will be granted access. Players and staff won’t be allowed to socialize outside the facility in numbers larger than the local social distancing guidelines.

The schedule is expected to be part of a comprehensive agreement between the NHL and NHL Players Association. It will also contain health and safety protocols for the training camps and the tournament, as well as a possible extension to the collective bargaining agreement.

SPECTOR’S NOTE: Given the time frame set for Phase 3 (training camp) and Phase 4 (tournament) of the return-to-play plan, the league and the PA need an agreement on the guidelines soon. Any delay could push those dates further ahead in the calendar and create further complications.

Reports indicate teams are reaching out to their players to return to their respective NHL cities by the end of this week. That will provide sufficient time for any returning players testing positive for COVID-19 to self-isolate for 14 days in order to be recovered in time for training camp.

TSN: Pierre LeBrun reports it’s his understanding the NHL has reduced the number of host city candidates from 10 to six. Las Vegas remains in the mix, as well as Edmonton, Toronto, and Vancouver. A decision could come by week’s end as the league must negotiate deals (hotels, etc) with the host cities.

SPECTOR’S NOTE:  Given the rise of COVID-19 cases in some American NHL markets, there’s a chance both host cities could be in Canada, where the pandemic curve has been flattened and reduced. There’s some recent speculation out of Vancouver suggesting that city could become a front-runner.

The report cites an unnamed Western Conference player claiming the recent outbreak confirms his belief the league is moving too quickly with its return-to-play plan.

“Guys are not happy. This is why we better have a full player vote and not just an executive board vote. But I’m not convinced (NHLPA executive director) Don (Fehr) is going to allow that because he knows there’s so many of us on the fence. That’s why I think the league was trying to be hush-hush on these positive tests.

Russo and Mirtle cite several player agents indicating a growing number of their clients are expressing concern over returning to play in a hub city. One agent suggested 35 to 40 percent could be on the fence.

SPECTOR’S NOTE: The players have every right to be concerned following Friday’s report of 11 positive tests among their ranks. They’re the ones putting their health – possibly their lives – at risk, as well as those of their teammates and families. If they feel the league can’t guarantee their safety, they have the power to stop the return-to-play plan dead in its tracks.

The report also suggests the league might have to give the players sufficient enticement to ease their concerns. They’re already aware that a projected loss of $1.1 billion in hockey-related revenue from canceling the season will have far-reaching consequences for their paychecks.

Perhaps a CBA extension with some concessions from the league (like a cap on escrow and assurances of Olympic participation) might garner sufficient approval from the PA membership. They could also allow players who wish to opt-out of the tournament to do so without facing repercussions.

THE SCORE: A rare Connor McDavid rookie card fetched over $113K US at a recent auction.

NJ.COM: New Jersey Devils center Nico Hischier is spending the off-season as a reservist in the Swiss Army. Service is mandatory for Swiss citizens once they turn 18. He’ll complete his initial training in August.

THE DENVER POST: Mark Kiszla believes the Colorado Avalanche could win the Stanley Cup this year if they get decent goaltending from Philipp Grubauer or Pavel Francouz.

STLTODAY.COM: Only three Blues are expected to participate in small-group training this week as the team reopens its training facilities for the first time since mid-March. Some of the Blues are skating elsewhere in St. Louis while others are training out of town.

RUSSIAN MACHINE NEVER BREAKS: cites a report from Isport indicating Martin Erat has retired. Erat spent 13 seasons with the Nashville Predators, Washington Capitals, and Arizona Coyotes from 2001-02 to 2014-15, with nearly 11 seasons with the Predators. He went on to spend one season in the KHL and four in the Czech League. Erat tallied 176 goals and 545 points in 881 career NHL games.

SPECTOR’S NOTE: Best wishes to Erat in his future endeavors. His best seasons were with the Predators, enjoying eight straight 49-plus point seasons. He was also involved in one of the most controversial trades in Capitals history, as they gave up then-prospect Filip Forsberg as part of the deal for Erat at the 2013 NHL trade deadline. He washed out with the Caps while Forsberg would become the Preds’ best forward.

Updates on the Blues and Bruins plus latest on Patrick Sharp, Martin Erat, and more in today’s NHL morning coffee headlines. BOSTON HERALD: Grzelcyk is listed as day-to-day and is in concussion protocol. He didn’t travel with the Bruins but they haven’t ruled him out for Game 3.

RUSSIAN MACHINE NEVER BREAKS: Former NHL winger Martin Erat has officially retired. He spent 13 seasons with the Nashville Predators, Washington Capitals and Arizona Coyotes from 2001-02 to 2014-15. Erat spent the past three seasons in the Czech Extraliga.

SPECTOR’S NOTE: Erat spent over 10 seasons with the Predators and enjoyed his best seasons in Nashville. However, he’ll be remembered for being traded to the Capitals in 2013 for then-promising prospect Filip Forsberg. Erat lasted only two more seasons in the NHL while Forsberg went on to become a big star with the Predators.

As the dog days of the NHL offseason drag on, here’s the latest on the notable unrestricted free agents. END_OF_DOCUMENT_TOKEN_TO_BE_REPLACED