​Check out the latest on the Devils and Stars plus an update on Jesse Puljujarvi in the Sunday NHL rumor roundup.

THE ATHLETIC (Subscription required) In a recent mailbag segment, Corey Masisak speculated Andy Greene could return to the New Jersey Devils if they see a veteran defenseman to mentor their young blueliners. He also doubts they’ll pursue this summer’s top UFAs.

SPECTOR’S NOTE: Greene spent nearly 14 full seasons with the Devils before he was shipped last February to the New York Islanders. If he’s still available later in the off-season perhaps he’d be willing to return to New Jersey on a one-year, bonus-laden deal. 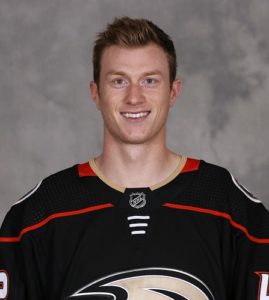 Could the New Jersey Devils target a defenseman like Anaheim’s Josh Manson in the off-season? (Photo via NHL Images)

SPECTOR’S NOTE: Masisak published a long list of options, but I wanted to focus on the notables.

I believe it’ll cost the Devils a scoring forward to acquire Manson, Miller, or Savard because their respective clubs need secondary scoring. Dunn and Sergachev made his list largely because of the cap constraints faced by their respective teams. However, it’s assumed the Blues and Lightning will make cost-cutting moves to free up salary-cap space to re-sign those two.

EDMONTON JOURNAL: Kurt Leavins believes Jesse Puljujarvi will sign a one-year contract extension with Karpat of the Finnish Professional League. He expects that deal will include an NHL opt-out clause.

Puljujarvi spent this season in Finland after requesting a trade from the Edmonton Oilers. While the young winger hasn’t ruled out returning to the Oilers, Leavins wondered if his recent change of heart was to rehabilitate his trade value.

SPECTOR’S NOTE: I doubt it’ll make Puljujarvi more attractive in the trade market. The Oilers reportedly listened to trade offers but didn’t get anything worthwhile.

Most teams consider the former fourth-overall pick to be at best a third-line winger. They’re unwilling to part with a first-rounder or a good young player to get him. Puljujarvi will likely have to return to the Oilers if he hopes to salvage his NHL career and boost his trade value.

STARS COULD TRY TO RE-SIGN KHUDOBIN.

THE ATHLETIC (subscription required): In a recent mailbag segment, Sean Shapiro said he believes the Stars will do everything they can to re-sign goaltender Anton Khudobin. They know they won’t make the playoffs next season without a competent backup for Ben Bishop.

SPECTOR’S NOTE: With over $62 million invested in 15 players (stick tap to Cap Friendly), the Stars have sufficient cap space to re-sign Khudobin.

Assuming Khudobin isn’t seeking a significant raise over his current $2.5 million, I wouldn’t be surprised if he stuck around in Dallas for at least another year.

← NHL Morning Coffee Headlines - June 21, 2020 NHL Playoffs Breakdown: Flames vs. Jets →
We use cookies on our website to give you the most relevant experience by remembering your preferences and repeat visits. By clicking “Accept”, you consent to the use of ALL the cookies.
Do not sell my personal information.
Cookie SettingsAccept
Manage consent