Catching up on the latest regarding Jonathan Drouin, Joel Farabee, Marian Hossa and more in today’s NHL Morning Coffee Headlines.

MONTREAL GAZETTE: Jonathan Drouin hopes to be healthy and productive in his upcoming contract year. The 27-year-old winger is slated to become an unrestricted free agent next July. He’s been sidelined by wrist injuries and a mental health break over the past three seasons. 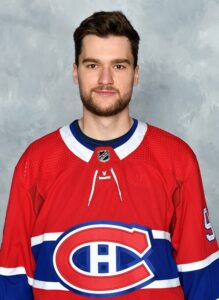 Drouin has embraced playing in Montreal and would like to stay beyond this season. However, he also knows that his status as a pending UFA next summer could lead to him changing teams by the trade deadline if the rebuilding Canadiens are out of playoff contention.

SPECTOR’S NOTE: Drouin’s put up good numbers when healthy, including two 53-point performances earlier in his NHL career. A strong, injury-free performance should bolster his stock if the Canadiens peddle him at the trade deadline. It would also improve his value in next summer’s free-agent market.

Farabee is expected to miss the start of the Flyers season. General manager Chuck Fletcher said it’s too early to tell if his recent progression means he’ll be in the lineup for their season-opening on Oct. 13.

SPECTOR’S NOTE: The Flyers won’t rush Farabee into the lineup. Still, his recent progress bodes well for a return to action sooner than expected.

NBC SPORTS CHICAGO: Former Blackhawks winger Marian Hossa is releasing his memoir “Marian Hossa: My Journey from Trencin to the Hall of Fame” on Nov. 8. The book was co-written with The Athletic’s Scott Powers.

Hossa will look back on his early years in Slovakia, his journey into hockey and his rise to NHL stardom. He played 19 seasons with the Ottawa Senators, Atlanta Thrashers, Pittsburgh Penguins and Detroit Red Wings before winning three Stanley Cups with the Blackhawks. He was inducted into the Hall of Fame in 2021.

SPORTSNET: Forward Evgeny Svechnikov has signed a one-year, two-way contract with the San Jose Sharks, according to his agent.

Svechnikov, 25, will earn $750K at the NHL level. He had 19 points in 79 games last season with the Winnipeg Jets. He is the older brother of Carolina Hurricanes star Andrei Svechnikov.

THE TENNESSEAN: The Nashville Predators will compete with athletes from Vanderbilt University in a charity home-run derby and friendly softball game on Sept. 19 at Hawkins Field. The proceeds will benefit the Vandy United Fund, the Predators Foundation and several other local charities.

← NHL Rumor Mill - September 3, 2022 Sunday NHL Rumor Roundup - September 4, 2022 →
We use cookies on our website to give you the most relevant experience by remembering your preferences and repeat visits. By clicking “Accept”, you consent to the use of ALL the cookies.
Do not sell my personal information.
Cookie SettingsAccept
Manage consent