Red Wings Will Be Better, But Still Far From Good

Red Wings Will Be Better, But Still Far From Good 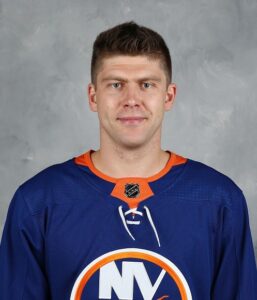 SPORTSNET: In a recent mailbag segment, Mark Spector was asked if the Edmonton Oilers might bring back Taylor Hall if they can shed some salary. He felt there’s zero chance of the 28-year-old winger returning to Edmonton, pointing out the Oilers already carry several players with expensive contracts. “I think it’s a dream Oilers fans should wake up from. Hall’s not coming back,” wrote Spector.

(NOT MARK) SPECTOR’S NOTE: I agree with “Cousin Mark”. Hall returning to the Oilers is a pipe dream. Stop pining about what could’ve been and look forward. Asked out the most likely scenario for Jesse Puljujarvi, Spector said the Oilers prefer he returns and plays for them. If he doesn’t, they could let him spend another season in Finland (where he’ll make less money), or trade him at the draft for perhaps two second-round picks, or a second and a prospect (the Oilers lack a second-rounder in this year’s draft). Spector thinks Puljujarvi should return to the Oilers on a one-year deal and prove he can still play.

(STILL NOT MARK) SPECTOR’S NOTE: It’ll be interesting to see how the Oilers handle this situation. Puljujarvi’s done well in Finland (53 points in 56 games), but that’s not much of an indicator whether he can be an effective NHL player.

Asked if Sam Gagner might sign with the Oilers as an unrestricted free agent, Spector believes he will. He’d be an affordable signing, his home is in Edmonton, and Oilers general manager Ken Holland could see Gagner as a future member of the front office.

(THE OTHER ) SPECTOR’S NOTE: Gagner is completing a three-year deal worth an annual average value of $3.15 million. He’s not getting that much ever again, but he could be a decent fourth-line pickup for the Oilers (or somebody else) on a one-year, $900K contract.

SPORTSNET: Eric Francis recently opened up the mailbag to address questions from Calgary Flames fans. Asked if the Flames might shake up their core, Francis doesn’t believe they will. Acknowledging the production of stars like Johnny Gaudreau is down this season, he feels the early end to this season ensures Gaudreau will return next season. He thinks players like Gaudreau and Monahan shouldn’t be shopped until they’ve had a shot at redemption.

(THE BETTER-LOOKING) SPECTOR’S NOTE: I didn’t put any stock into the trade rumors involving Gaudreau and Sean Monahan this season. Yes, their production was down this season, but they’re only a year removed from their respective career-high point totals. They’re still in the mid-twenties and very much in their playing prime. Unless they asked to be moved, they’re not going anywhere.

Francis thinks the Flames will kick tires on Taylor Hall if he tests the UFA market but believes they’ll use their cap space to plug holes in their defense corps than overspending on Hall. He also doesn’t see both T.J. Brodie and Travis Hamonic returning next season but Brodie could stay.

Francis also sees the Flames attempting to re-sign UFA goalie Cam Talbot or taking a stab at Vancouver’s Jacob Markstrom or Vegas’ Robin Lehner. He doesn’t think they’ll try to buy out Milan Lucic’s contract, pointing out he fills an effective physical role, as well as his popularity with his teammates and among Calgary fans.

Asked if interim coach Geoff Ward will remain as their bench boss after this season, Francis believes he will, citing GM Brad Treliving saying he’s seen enough to make his decision. Following a shaky start, the Flames turned things around under Ward, who has a year remaining on his contract.

THE DETROIT NEWS: Ted Kulfan recently weighed in with his thoughts on what Red Wings GM Steve Yzerman will do with his 12 restricted free agents.

Tyler Bertuzzi will likely get a long-term deal. Anthony Mantha’s situation could be more complicated. He could sign a one-year deal to post up big numbers before his UFA eligibility in two years, or the Wings could ink him to a four- or five-year deal believing he’ll keep progressing.

Kulfan believes Robby Fabbri has shown enough this season to be part of the Wings’ short-term future. He expects Adam Erne to be re-signed but feels he must take a bigger step forward.

He wouldn’t be surprised if the Wings cut ties with Madison Bowey and Brendan Perlini.

NHL.COM: Taylor Hall scored his first goal with the Arizona Coyotes in a 5-2 win over the Detroit Red Wings. He now has points in each of his first three games with the Coyotes. Clayton Keller scored twice and picked up an assist while Oliver Ekman-Larsson had three assists. Taylor Hall has three points in as many games with the Arizona Coyotes (Photo via NHL Images).

Wings goaltender Jimmy Howard gave up five goals on 45 shots in his first game since being sidelined by a groin injury on Nov. 27. Teammate Anthony Mantha missed the game as he’s sidelined at least a week with an upper-body injury suffered against Toronto on Saturday. Wings forward Robby Fabbri was fined over $2,400.00 for spearing Maple Leafs center Alexander Kerfoot.

Matthew Tkachuk and Elias Lindholm led the Calgary Flames to a 5-1 victory over the Dallas Stars. Tkachuk scored a goal and set up two others while Lindholm collected three assists as the Flames went three-for-five on the power play.

The New York Rangers snapped a three-game losing skid by dumping the depleted Anaheim Ducks 5-1. Chris Kreider scored twice for the Rangers while Mika Zibanejad had a goal and an assist. Ducks forwards Ryan Getzlaf and Jakob Silfverberg were sidelined by illness while Rickard Rakell missed the game with an upper-body injury.

Vegas Golden Knight goalie Malcolm Subban made 37 saves in a 3-1 win over the San Jose Sharks. William Karlsson picked up to assists as the Golden Knights are unbeaten in their last five games (4-0-1). The free-falling Sharks have just one victory in their last 10 games (1-8-1).

NBC SPORTS WASHINGTON: Capitals captain Alex Ovechkin is honored to be voted captain of the Metropolitan Division for the 2020 NHL All-Star Game on Jan. 25. However, he’s non-committal on his participation.

“We’ll see,” he said when asked if he would go. “It’s lots of games to play. I’m going to do the best for my health and for the playoffs and I have to be healthy for the most important games moving forward.” Ovechkin opted to skip the 2019 All-Star game and received a league-mandated one-game suspension.

SPECTOR’S NOTE: My condolences to Luey’s family and friends, and to the Capitals organization.

THE COLUMBUS DISPATCH: Blue Jackets winger Oliver Bjorkstrand will be sidelined four-to-six weeks with a rib/cartilage contusion and oblique strain.

TSN: Ottawa Senators forward Scott Sabourin will return to action tonight against the Buffalo Sabres. He’s been sidelined by a concussion since Nov. 2.