The Sharks will retire Patrick Marleau’s number, an update on Kirill Kaprizov and Jake Gardiner is ready to return to action after injuries sidelined him last season. Details and more in today’s NHL Morning Coffee Headlines.

SAN JOSE HOCKEY NOW: Patrick Marleau will become the first player in San Jose Sharks history to have his number retire. His No. 12 will be raised to the rafters of the SAP Center in San Jose in a ceremony before the Sharks’ game against the Chicago Blackhawks on Feb. 25, 2023. 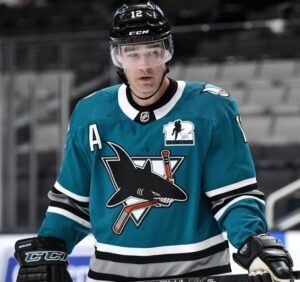 SPECTOR’S NOTE: A well-deserved honor for Marleau. Selected second-overall by the Sharks in the 1997 NHL Draft, he holds the franchise records with 1,607 games played, 522 goals and 1,111 points during his 21 years with the club. He also holds the NHL record for most career games with 1,779.

THE ATHLETIC’s Michael Russo reports via Twitter that Minnesota Wild general manager Bill Guerin remains confident that Kirill Kaprizov will return with the club before the coming season. He indicated it’s a delicate situation and he’d rather not comment on it.

SPECTOR’S NOTE: Reports earlier this month claimed Kaprizov was under investigation in his native Russia over accusations that he purchased a fake military ID several years ago.

NHL.COM: Jake Gardiner is ready to return to action after missing all of last season recovering from hip and back surgeries. The 32-year-old defenseman has one year remaining on his contract. Hurricanes GM Don Waddell expects Gardiner will report to training camp in September.

SPECTOR’S NOTE: Some Rangers followers were worried that Kakko might receive an offer sheet from a rival club that the cap-strapped Blueshirts couldn’t match. That he didn’t suggest the 21-year winger wasn’t interested in offers from other clubs or perhaps they didn’t think he was worth it.

SPECTOR’S NOTE: The Senators have $75.6 million invested in their salary-cap payroll for 2022-23 with winger Alex Formenton and defenseman Erik Brannstrom to sign.

DAILY FACEOFF: Adidas will not return as the NHL’s jersey manufacturer after 2023-24.

← NHL Rumor Mill - July 28, 2022 NHL Rumor Mill - July 29, 2022 →
We use cookies on our website to give you the most relevant experience by remembering your preferences and repeat visits. By clicking “Accept”, you consent to the use of ALL the cookies.
Do not sell my personal information.
Cookie SettingsAccept
Manage consent