NHL.COM: Sidney Crosby and Zach Aston-Reese each had a goal and an assist as the Pittsburgh Penguins defeated the Buffalo Sabres 5-2. Penguins winger Kasperi Kapanen left the game in the second period with a lower-body injury. A further evaluation of his condition is expected today. With 42 points, the Penguins sit two points behind the second-place Washington Capitals in the MassMutual East Division. The Sabres have dropped a league-record 15 straight games in the shootout era. It’s also a franchise record for the beleaguered club.

SPECTOR’S NOTE: At this point, I almost wish there was a mercy rule so the Sabres could just end their schedule today and start the rebuild process. It’s just so painful watching this club flounder through the remainder of a lost season. 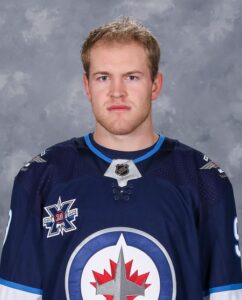 Winnipeg Jets forward Andrew Copp scored a career-high four goals to lead his club to a 5-1 win over the Vancouver Canucks. Bo Horvat returned to the Canucks lineup after leaving the previous game between the two clubs with a lower-body injury. The Jets (42 points) move into a three-way tie with the Toronto Maple Leafs and Edmonton Oilers with the Leafs holding first place in the Scotia North Division with a game in hand over the Jets and two on the Oilers. Meanwhile, the Canucks (35 points) remain two points back of the fourth-place Montreal Canadiens, who hold six games in hand.

The Ottawa Senators staged their second straight upset of the Calgary Flames with a 3-1 victory on second-period goals by Josh Norris, Chris Tierney and Nikita Zaitsev. Filip Gustavsson made 28 saves for his second straight win. The Flames have dropped three straight and remain two points behind the Canucks. Earlier in the day, the Senators announced winger Austin Watson (hand injury) will be sidelined for four-to-six weeks.

SPECTOR’S NOTE: While the sidelined Canadiens hold games in hand, victories aren’t assured for them in what becomes a more compact, difficult schedule. The Canucks and Flames had golden opportunities to overtake the Habs in the standings. These recent losses could prove costly to their playoff hopes.

Jared Spurgeon scored twice and Ryan Suter collected his 600th career point as the Minnesota Wild edged the Anaheim Ducks 3-2, handing the latter their 10th straight loss on home ice. With 41 points, the Wild sit two back of the second-place Colorado Avalanche in the Honda West Division. Wild winger Zach Parise missed the game due to COVID-19 protocols.

The San Jose Sharks got two goals from Evander Kane and a 42-save performance by Martin Jones to double up the Los Angeles Kings 4-2. Sharks captain Logan Couture left the game in the final minutes of the third period following a late hit by Kings forward Jeff Carter.

The NHL yesterday announced referee Tim Peel will no longer be working games after he was got on a hot mic stating his desire to call a penalty against the Nashville Predators during Tuesday’s game against the Detroit Red Wings.

SPECTOR’S NOTE: Peel wasn’t fired but simply relieved of his duties until his intended retirement following what was slated to be his final game on April 24. The incident has raised concerns from Predators players and from pundits over how games are managed by on-ice officials. Some observers believe this could be an opportunity for the league to address this issue but there’s no guarantee we’ll see significant change. The league could simply dismiss this incident as a one-off and move on.

SPECTOR’S NOTE: Lightning general manager Julien BriseBois explained this move as a way of providing some short-term salary-cap flexibility and insurance against dressing only five defensemen in the event some of their blueliners suffer multiple short-term injuries. Volkov saw his ice time decline over the course of this season. Ducks GM Bob Murray believes he’ll benefit from a fresh start in Anaheim as the Ducks add more youthful talent.

NBC SPORTS: Bob McKenzie reports contract talks have started between the Minnesota Wild and Kirill Kaprizov’s representatives. The 23-year-old winger is a restricted free agent this summer. McKenzie suggests they could be working toward a mid-range deal of five or six years or possibly longer. A bridge contract might not work here because it’ll take Kaprizov up to his UFA eligibility age.

SPORTSNET: Toronto Maple Leafs goaltender Frederik Andersen remains day-to-day with a lower-body injury. There is no definitive timeline for his return.

STLTODAY.COM: Former Blues defenseman Bob Plager was killed yesterday in a traffic accident in St. Louis. He was 78. An original member of the Blues renowned for his hip checks, Plager spent 11 of his 14 seasons in St. Louis and three seasons before that with the New York Rangers, finishing his career with 146 points in 644 NHL games. He and his brothers Barclay and Bill skated for the Blues from 1967 to 1972. Plager was one of the most popular players in franchise history and among the most popular of their alumni.

EDMONTON JOURNAL: Former NHL linesman Swede Knox passed away on Monday from lung cancer at the age of 73. Knox worked 2,248 NHL games from 1972 to 2000, including five Stanley Cup Finals and one NHL All-Star Game.

SPECTOR’S NOTE: My condolences to the Plager and Knox families, as well as their friends and former teammates and colleagues.

← Pushing Referee Peel Out The Door Was an Easy PR Move By The NHL NHL Rumor Mill - March 25, 2021 →
We use cookies on our website to give you the most relevant experience by remembering your preferences and repeat visits. By clicking “Accept”, you consent to the use of ALL the cookies.
Do not sell my personal information.
Cookie SettingsAccept
Manage consent