​A look at several noteworthy names on TSN’s updated trade bait list plus updates on the Penguins and Flyers in today’s NHL rumor mill.

Meanwhile, winger Mikael Granlund rises to No. 3 as Frank Seravalli reported he’s the Toronto Maple Leafs’ primary target ahead of the April 12 trade deadline. Seravalli also pointed out the Predators’ recent surge in the standings have them in wait-and-see mode.

SPECTOR’S NOTE: No mention of Nashville blueliner Ryan Ellis on TSN’s list. The Athletic’s Adam Vingan observed Sportsnet’s Elliotte Friedman wondering if Ellis might be available. Vingan weighed the pros and cons of trading either defenseman. He also pointed out the Preds are under no obligation to do so given their recent improvement in the standings and the term remaining on both rearguard’s contracts.

Arizona Coyotes defenseman Alex Goligoski rose to No. 8 on the list as Darren Dreger reported Coyotes general manager Bill Armstrong could look at making changes at the deadline or in the offseason. 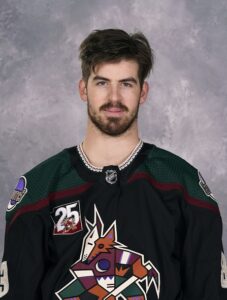 SPECTOR’S NOTE: No mention of Coyotes winger Conor Garland on this list. A recent report by Elliotte Freidman speculating over Garland’s availability has BostonHockeyNow’s Joe Haggerty and NBC Sports Boston’s Nick Goss suggesting the winger would be a good trade target for the Bruins.

Columbus Blue Jackets defenseman David Savard sits No. 2 on the list with teammate Nick Foligno at No. 6. New Jersey Devils winger Kyle Palmieri remains at No. 10.

SPECTOR’S NOTE: Pierre LeBrun, in his column for The Athletic, suggested Foligno or Palmieri could be targeted by New York Islanders GM Lou Lamoriello if they become available. He and Elliotte Friedman both reported the Bue Jackets could be reluctant to part with Foligno. With the Jackets back in the playoff race they could also retain Savard. It remains to be seen, meanwhile, whether the Devils will trade or re-sign Palmieri.

Given the Capitals’ limited cap space, any deal they make will be dollar-in, dollar-out. I rule out Rinne because of his no-movement clause and desire to finish his career with the Predators. I don’t see the Flames moving Rittich as long as they have a shot at a playoff spot.

SPECTOR’ S NOTE: The Ottawa Sun’s Bruce Garrioch considers it doubtful Dzingel will get traded. He feels teams will be more interested in getting blueline help before the deadline, suggesting Braydon Coburn, Mike Reilly and Erik Gudbranson could be targeted by playoff clubs.

SPECTOR’S NOTE: Staal carries a 10-team no-trade list but it’s believed he could be willing to waive it to go to a contender. However, The Buffalo News’ Lance Lysowski recently reported Sabres GM Kevyn Adams hasn’t asked Staal about it. Maybe Adams is waiting until the deadline draws closer. Then again, maybe no one’s called the Sabres about the 36-year-old center.

UPDATES ON THE PENGUINS AND FLYERS

THE ATHLETIC: Josh Yohe reports Brian Burke, the Pittsburgh Penguins president of hockey operations, dismisses speculation this year’s trade deadline could be a quiet one around the league, suggesting business could soon pick up. He said general manager Ron Hextall is working the phones as they’ll try to add at the trade deadline if they can. Burke indicated he and Hextall would like to bring some size to their roster.

SPECTOR’S NOTE: The Penguins are rising in the standings, emboldening their front office to try to augment their lineup at the trade deadline. The Flyers, meanwhile, could go either way, which explains Fletcher’s position. They’re still in the playoff chase but must gain ground over the next couple of weeks for their GM to consider investing futures for immediate help.

← NHL Morning Coffee Headlines - March 25, 2021 Five Aging NHL Players Exceeding Expectations This Season →
We use cookies on our website to give you the most relevant experience by remembering your preferences and repeat visits. By clicking “Accept”, you consent to the use of ALL the cookies.
Do not sell my personal information.
Cookie SettingsAccept
Manage consent