More players from Canada’s 2018 world junior team issued statements denying involvement in alleged sexual assault and Johnny Gaudreau was close to signing with the Devils before joining the Blue Jackets. Check out the latest in today’s NHL Morning Coffee Headlines. 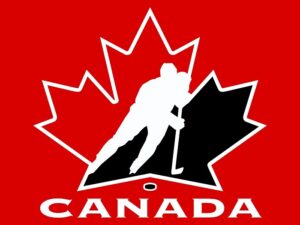 The agent for free agent forward Sam Steel also released a statement yesterday on his client’s behalf denying involvement, indicating he had fully cooperated in every investigation into the matter and will continue to do so.

Rick Westhead reports lawyers for the eight players allegedly involved in the 2018 sexual assault plan to turn over to the NHL cellphone footage of the incident and 35 text messages between the victim and one of the players.

SPECTOR’S NOTE: The league is pursuing its own investigation into the incident while Hockey Canada has reopened its investigation. A number of players on the 2018 WJC team are now NHL players.

SPORTSNET: An affidavit filed in an Ontario court suggests Hockey Canada has maintained a fund to pay for uninsured liabilities, including sexual assault. The organization has had its federal funding cut off while a number of corporations paused their sponsorship over its handling of the case and recent settlement.

SPECTOR’S NOTE: The Globe & Mail reports Hockey Canada used player registration fees to cover the cost of those “uninsured liabilities.” In other words, it appears they used money that parents paid to register their kids in hockey as a slush fund.

The eight players involved in the 2018 incident have not been publicly identified. However, the recently released statements by several former members of that team has fans and pundits musing about their identities on social media. It seems only a matter of time until those players are eventually identified.

Last month, NHL commissioner Gary Bettman promised the league would be transparent in its investigation into this matter. The league intends to interview all members of the 2018 team with the cooperation of the NHLPA.

Whatever the outcome of these investigations, Hockey Canada’s reputation has been severely tarnished. A reckoning is hopefully coming soon that will bring about much-needed changes throughout the organization to address the rot that permeates its culture.

THE SCORE: Johnny Gaudreau said he was close to signing with the New Jersey Devils last week before joining the Columbus Blue Jackets. He wanted to be close enough to his family and friends in New Jersey but maintain enough distance to ensure privacy as he and his wife start their own family. He signed a seven-year, $68.25 million contract with the Blue Jackets a week ago.

NJ.COM: Speaking of the Devils, they signed restricted free agent Vitek Vanecek to a three-year contract worth an average annual value of $3.4 million. The Devils acquired the 26-year-old goaltender from the Washington Capitals earlier this month.

TSN: Dallas Stars owner Tom Gaglardi said he’s looking for more offense from high-paid stars Jamie Benn and Tyler Seguin in the coming season. “We have far too many players who are underperforming offensively,” said Gaglardi. “We need something to change.”

SPECTOR’S NOTE: Age and injuries could be contributing factors behind the declining production of Benn and Seguin. Benn is now 33 and his physical style of play could also be taking its toll on him. The 30-year-old Seguin, meanwhile, played through a hip injury in the 2020 playoffs requiring surgery that sidelined him for most of the following season.

FLAMES NATION: The agent for Calgary Flames winger Andrew Mangiapane said the restricted free agent is willing to discuss a long-term contract with the club.

SPECTOR’S NOTE: The Flames may be interested in that but their priority right now is determining the future of RFA winger Matthew Tkachuk. I’ll have more about that in today’s Rumor Mill.

DETROIT HOCKEY NOW: Former NHL winger Larry Jeffrey passed away on Tuesday at age 81. He netted 181 points in 368 career regular-season games over eight seasons with the Detroit Red Wings, Toronto Maple Leafs and New York Rangers from 1961-62 to 1968-69, winning a Stanley Cup with the Leafs in 1967.

← NHL Rumor Mill - July 19, 2022 NHL Rumor Mill - July 20, 2022 →
We use cookies on our website to give you the most relevant experience by remembering your preferences and repeat visits. By clicking “Accept”, you consent to the use of ALL the cookies.
Do not sell my personal information.
Cookie SettingsAccept
Manage consent