​On June 10, 2010, one of the longest Stanley Cup droughts in NHL history came to an end. An overtime goal by Patrick Kane against the Philadelphia Flyers in Game 6 of the Stanley Cup Final gave the Chicago Blackhawks their first championship since 1961. 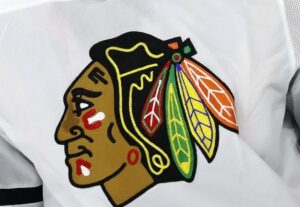 It was the start of several dominant years for the Blackhawks. Over the following five seasons, the Blackhawks would win two more Stanley Cups. Kane, team captain Jonathan Toews and defenseman Duncan Keith established themselves as respected NHL superstars. Head coach Joel Quenneville burnished his resume as one of the league’s top bench bosses. General manager Stan Bowman was praised for his ability to maintain his championship roster.

Stanley Cup dynasties – teams that win three-or-more consecutive Stanley Cups – are rarities in the NHL’s salary-cap world. As a result, some observers considered the Blackhawks’ three championships in six years the closest thing to a Cup dynasty in today’s game.

Eleven years after that first Cup, that “dynasty” is forever tarnished by a scandal set in motion three weeks before Kane’s winning goal.

A small group of senior team executives, including Bowman and Quenneville, reached the fateful decision to cover up allegations of sexual assault made by winger Kyle Beach against video coach Bradley Aldrich.

They decided not to take any action against Aldrich until after the Stanley Cup Final so as not to risk the matter becoming a distraction for the players. After their celebrations with the Cup in Chicago had quieted down, the club gave Aldrich a choice of stepping down or facing an internal investigation.

That reference helped Aldrich get a job with USA Hockey and an assistant coaching job with a high school in Houghton, Michigan. Three years later, Aldrich was sentenced to nine months in jail on a fourth-degree criminal sexual conduct charge for his alleged involvement with a male student between the age of 16 and 18. The student filed a lawsuit against the Blackhawks earlier this year for providing a positive employment letter to Aldrich even though they knew he was a sexual predator.

Thanks to the courage of Beach and the student known as “John Doe 2” in stepping forward to tell their stories, aided by the dogged investigative journalism of TSN’s Rick Westhead and The Athletic’s Katie Strang, the Blackhawks were forced to conduct an independent investigation.

The resulting report, released to the public last week, was damning.

Bowman stepped down as general manager while another club official was relieved of his duties. Quenneville, who’d moved on to coach the Florida Panthers, resigned from that job following a meeting with NHL commissioner Gary Bettman.

None of the players on the 2010 Blackhawks roster were mentioned in the report. Kane, Toews, Keith (now with the Edmonton Oilers) and others denied knowledge of the allegations. Beach, in his emotional interview with Westhead a day after the report was released, believed everyone in the dressing room knew. His story was supported by the testimony of former teammates Nick Boynton and Brent Sopel when they spoke with investigators this summer.

Only two players (Boynton and Sopel) along with former associate coach John Torchetti and former skills coach Paul Vincent, supported Beach and testified to investigators on his behalf. Nearly everyone else on that 2009-10 roster is facing scrutiny from fans and the media over what they did or didn’t do at the time the allegations were raised.

Winnipeg Jets general manager Kevin Cheveldayoff was the Blackhawks assistant GM at the time and took part in that fateful meeting before the 2010 Cup Final. Though he was cleared of any wrongdoing in a subsequent meeting with Bettman, he still faces calls for an apology to Beach from fans and pundits and a further explanation of his actions while with the Blackhawks.

Despite their denials, the reputations of the Blackhawks stars have suffered a significant blow. Assuming they had no knowledge of the incident at the time, they’re facing questions over when they did find out, how much they knew and why they didn’t do more to try and help Beach. The tone-deaf defense of Bowman by Kane and Toews following his dismissal was not a good look for either star.

The fallout isn’t just limited to the Blackhawks. NHLPA director Donald Fehr is feeling the heat from the player executive and rank-and-file members for his apparent inaction when Beach and his agent informed the PA of the allegations.

For Blackhawks fans, this is a devastating gut punch. The club they love and support, an Original Six franchise considered the epitome of a successful franchise in the salary-cap era, has been brought low by a handful of men who did nothing to protect a frightened young player from a sexual predator. It could take years for the Blackhawks to rebuild their standing and regain the full trust of their fans and win back those they lost from this sordid scandal

Bowman and Quenneville will probably never work in the NHL again. Kane, Toews, Keith and other players had nothing to do with how their club handled the allegations but they’ll face lingering doubts in the court of public opinion.

All of that pales in comparison to the hell Kyle Beach went through for 11 years. He was ostracized by the Blackhawks, even reportedly mocked by several teammates. He continued his playing career away from the NHL. Somehow, he found the determination to carry on every day despite his terrible burden and the courage to fight back with limited support despite the Blackhawks’ efforts to discredit him.

As more than one observer noted, Beach show more bravery and integrity than those who failed him.

Six men made a fateful decision that did immeasurable harm to Beach and another young man. That decision would eventually damage their own reputations and careers, in some cases beyond repair. It cost them their jobs, tarnished a once-great franchise, cast a dark cloud over the lives and careers of their franchise players, and stained the league’s brand.

All because they put winning a championship over doing the right thing.

That’s the dark legacy of the Blackhawks “dynasty.”

← Sunday NHL Rumor Roundup - October 31, 2021 NHL Morning Coffee Headlines - November 1, 2021 →
We use cookies on our website to give you the most relevant experience by remembering your preferences and repeat visits. By clicking “Accept”, you consent to the use of ALL the cookies.
Do not sell my personal information.
Cookie SettingsAccept
Manage consent