THE ATHLETIC (subscription required): An interview by Joe Smith and Sean Shapiro with over two dozen NHL players from around the world reveals most don’t have a plan yet to return to their respective clubs during the league Phase 2 of its return-to-play format.

With nearly 15 percent of NHL players outside the United States during the pandemic, most have to work through visa issues, flight plans, and the quarantine program in their respective teams’ cities.

NHL deputy commissioner Bill Daly said the “nuts and bolts of actual travel” has been left to the team and its players. Player agent Dan Milstein said the league is working with the U.S. Government on extending the players’ visas beyond their June 30 expiration to the end of the playoff tournament. The league reached out to the teams in March regarding player and coach work visa and green card status.

SPECTOR’S NOTE: The Phase 2 small-group workouts at team facilities are voluntary. Most players living outside the US could prefer training at available facilities in their hometowns until their travel issues are sorted out. Phase 3, which involves a three-week training-camp period for the 24 teams participating in the tournament, is expected to begin sometime in July.

Jesse Granger reports sources are saying MGM Resorts International submitted a detailed proposal to the NHL highlighting its ability to host the postseason in Las Vegas.

SPECTOR’S NOTE: Vegas is considered the front-runner to become one of the two host cities for the playoff tournament. It has the training, accommodation, transportation, and entertainment facilities to host the players and perhaps even their families during the tournament period. The local desert climate, however, could be an issue. Maintaining the ice in the arenas will be a challenge, especially in the early going when three games per day could be played. 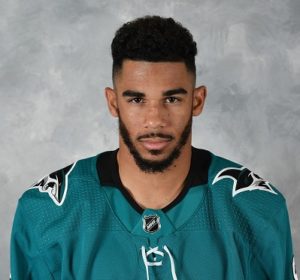 “It’s time for guys like (Tampa Bay Buccaneers quarterback) Tom Brady and (Pittsburgh Penguins center) Sidney Crosby and those types of figures to speak up about what is right, and clearly in this case, what is unbelievably wrong. Because that’s the only way we’re gonna actually create that unified anger to create that necessary change, especially when you talk about systematic racism.”

Kane praised his teammates for being supportive of his views. Sharks owner Hasso Plattner shared his support in a statement on Friday. Kane believes hockey’s culture, which frowns upon outspokenness, prevents his fellow players from speaking their minds and standing up for what’s right.

SPECTOR’S NOTE: Some athletes by nature aren’t comfortable with taking a public stance on social issues. In recent years, the NHL launched its “Hockey Is For Everyone” campaign “to provide a safe, positive and inclusive environment for players and families regardless of race, color, religion, national origin, gender identity or expression, disability, sexual orientation, and socio-economic status.” However, that’s not the same as taking a public stance regarding those issues. It’ll be interesting to see how many NHL stars heed Kane’s call.

SPECTOR’S NOTE: As he should be. He’s been the de facto captain for the past two seasons.

SPORTSNET: The University of Alabama-Huntsville’s hockey program was saved after supporters raised over $535K, aided in part by Calgary Flames goalie (and UAH alumni) Cam Talbot.

VANCOUVER SUN: The Vancouver Canucks have parted ways with scouting director Judd Brackett over a contract dispute. Brackett reportedly sought more autonomy over the scouting department. During his tenure from August 2015 to his departure, the Canucks drafted foundation players Elias Pettersson and Quinn Hughes.

ARIZONA SPORTS: If play resumes this season, the Coyotes intend to return in their vintage Kachina jerseys.

THE NEWS & OBSERVER: The Carolina Hurricanes extended their lease at PNC Arena to July 2029.

SPECTOR’S NOTE: That should silence those occasional (and baseless) rumors suggesting the Hurricanes could be relocated to a “real hockey market”.

THE TENNESSEAN: Renovations to Bridgestone Arena, home of the Nashville Predators, have been delayed.

← NHL's Return-to-Play Format Sparks Puzzlement Over 2020 Draft Lottery NHL Rumor Mill - May 30, 2020 →
We use cookies on our website to give you the most relevant experience by remembering your preferences and repeat visits. By clicking “Accept”, you consent to the use of ALL the cookies.
Do not sell my personal information.
Cookie SettingsAccept
Manage consent