Logan Couture and Blake Wheeler speak out against racism, Nick Foligno weighs in on players who feel unsafe returning to play, the league issues a ruling on 2020 conditional picks, and more in today’s NHL morning coffee headlines. 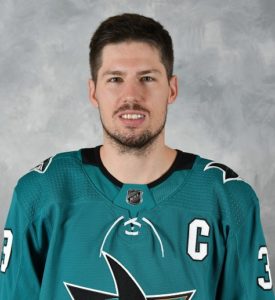 Couture expressed his appreciation and support for teammate Evander Kane and former NHL player Akim Aliu, who’ve spoken out against racism in hockey.

Wheeler, a Minnesota native, spoke out against the death of George Floyd, whose death last week sparked riots in Minneapolis and across America.

PITTSBURGH POST-GAZETTE: Penguins president and CEO David Morehouse was credited with saving a local cameraman who was being beaten by a group of protesters outside PPG Paints Arena yesterday. Morehouse dragged the cameraman to safety before he was transported to the hospital. Morehouse declined to comment through a Penguins’ spokesman.

TSN: Columbus Blue Jackets captain Nick Foligno believes NHL players uncomfortable about returning to play shouldn’t be vilified. He said he would understand if a player put the priority on his health or his family’s well-being during this pandemic. “If you don’t feel safe because of a condition or just a belief, then you have every right as a human not to return to play until you feel comfortable about it,” said Foligno.

SPECTOR’S NOTE: Players with medical conditions – such as diabetics like Montreal’s Max Domi or the New York Rangers’ Kaapo Kakko – could decide not to play if they feel their health could be at risk. Some with family members who’ve have or have had medical issues, such as Minnesota’s Devan Dubnyk, could opt out if facing possibly eight-to-ten weeks separated from their families.

THE ATHLETIC (subscription required): Pierre LeBrun reports the NHL sent a memo to its teams dealing with the status of conditional trades for the 2020 Draft. A club won’t be deemed as having reached the playoffs unless or until they’ve progressed into the 16-team playoffs, and playoff games or rounds will only include those in the round of 16.

For example, the Vancouver Canucks’ conditional first-rounder to the Tampa Bay Lightning in last summer’s J.T. Miller trade converts into a 2021 first-rounder if the Canucks miss the 2020 playoffs. The Lightning sent that pick to the New Jersey Devils in February as part of the Blake Coleman trade.

If the Canucks defeat the Minnesota Wild in the qualifying round of the 24-team return-to-play tournament, their 2020 first-rounder belongs to the Devils. If not, the Devils instead get the Canucks’ 2021 first-rounder.

SPECTOR’S NOTE: In other words, the eight teams eliminated from the qualifying round will be deemed as non-playoff teams.

NEW YORK POST: Larry Brooks reports the NHL Players Association stridently opposes the league’s position that teams shouldn’t be permitted to sign players from their reserve lists to 2019-20 contracts so they can participate in the 24-team tournament. While deputy commissioner Bill Daly considered those players as “ringers”, Brooks noted no one had a problem with Cale Makar joining the Colorado Avalanche out of university last spring in the Stanley Cup playoffs, or Chris Kreider doing the same with the New York Rangers in 2012.

SPECTOR’S NOTE: Good point. If this has been going on for years with no complaint by the league, it doesn’t make sense to arbitrarily block it because of the change to the schedule wrought by the pandemic. As Brooks points out, it would only apply to a handful of players.

Brooks also reports the league’s return-to-play committee will likely be dissolved once the final details of the tournament are hammered out. Bracketing or re-seeding and whether the opening two playoff rounds will be best-of-five or best-of-seven are expected to be resolved this week. There’s been no talk of implementing new rules for the tournament or making full-face shields mandatory as a safety measure.

THE COLUMBUS DISPATCH: Blue Jackets general manager Jarmo Kekalainen believes Columbus has a good chance of being one of the tournament’s two host cities. He cited the number of available arena and training facilities, transportation, and the state of Ohio’s efforts to flatten its COVID-19 curve.

LOS ANGELES TIMES: The Kings have parted ways with Mike Stothers, the long-time coach of their minor-league affiliate.

← Pittsburgh, Columbus Best Bets to be NHL Hub Cities Sunday NHL Rumor Roundup - May 31, 2020 →
We use cookies on our website to give you the most relevant experience by remembering your preferences and repeat visits. By clicking “Accept”, you consent to the use of ALL the cookies.
Do not sell my personal information.
Cookie SettingsAccept
Manage consent