Another look at this year’s non-playoff clubs in the Sunday NHL rumor mill.

THE SCORE: John Matisz recently examined the most important business facing the NHL’s seven non-playoff clubs. Here’s a look at some of his notable observations. 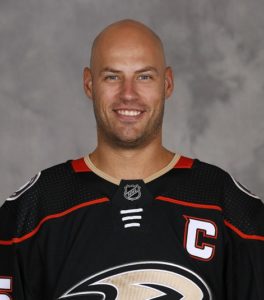 Anaheim Ducks general manager Bob Murray could face some soul-searching over whether to open contract extension talks with long-time captain Ryan Getzlaf, who becomes an unrestricted free agent next July. He would attract considerable interest among playoff contenders before the 2021 NHL trade deadline.

SPECTOR’S NOTE: Getzlaf has an annual average value of $8.25 million with a full no-movement clause for next season. If he and the Ducks fail to reach agreement on a new contract, it’ll be interesting to see if he’ll agree to waive that movement clause.

SPECTOR’S NOTE: That could be easier said than done. Both players have arbitration rights. Coming off a bridge contract, Reinhart could be seeking a lucrative long-term deal.

The rebuilding Detroit Red Wings need depth throughout their roster. Acquiring a decent goaltender should be the priority for GM Steve Yzerman.

SPECTOR’S NOTE: This year’s UFA goalie market includes Washington’s Braden Holtby and Vegas’ Robin Lehner. Both, however, could prefer signing with contenders. Other options could include Calgary’s Cam Talbot, Dallas’ Anton Khudobin, or the New York Islanders’ Thomas Greiss. The Wings, however, could be forced to overpay.

The Los Angeles Kings have 21 picks in the next two drafts, including five second-rounders. Matisz wondered if packaging one or two picks with Jeff Carter at the 2020 draft might net the Kings a young, established NHL player.

SPECTOR’S NOTE: That could depend on how much of a market there is for Carter. He’s a proven performer but age seems to have caught up with the 35-year-old center. He’s also got two more seasons with an annual average value of $5.275 million, though in actual salary he’s earning $2 million annually. The Kings might have to absorb part of that cap hit.

SPECTOR’S NOTE: Once they’ve sorted their management and coaching positions, the Devils can focus on addressing their roster issues.

Ottawa Senators GM Pierre Dorion could be busy in the off-season. Among his 13 players on expiring contracts are Craig Anderson and Anthony Duclair.

SPECTOR’S NOTE: The 39-year-old Anderson could be brought back cheaply on a one-year deal, but it remains to be seen if he’s keen to spend another season with the rebuilding Senators or if Dorion wants him back. Duclair is a streaky scorer with arbitration rights, but he could end up having to accept a one-year “show-me” deal.

San Jose Sharks GM Doug Wilson will have to get creative to shore up his goaltending. Martin Jones is no longer an effective starting goalie but he’s got four more years left on his contract with an AAV of $5.275 million.

SPECTOR’S NOTE: With over $66 million invested in 13 players for 2020-21, Wilson could try to move one of his high-salaried veterans for younger talent. However, they also carry various no-trade/no-movement clauses. He could look for a short-term free-agent bargain like Khudobin or former Shark Greiss.

← NHL Morning Coffee Headlines - May 31, 2020 NHL Morning Coffee Headlines - June 1, 2020 →
We use cookies on our website to give you the most relevant experience by remembering your preferences and repeat visits. By clicking “Accept”, you consent to the use of ALL the cookies.
Do not sell my personal information.
Cookie SettingsAccept
Manage consent