​The Buffalo Sabres shake up their management and scouting departments, the Canadian government is open to a hub city, and more in today’s NHL morning coffee headlines.

SABRES SHAKE UP THEIR FRONT OFFICE 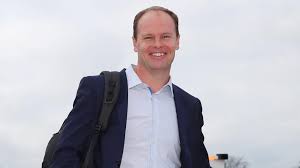 Kevyn Adams is the new general manager of the Buffalo Sabres (Photo via NHL.com)

SPORTSNET: The Sabres also fired director of amateur scouting Ryan Jankowski and reportedly 12 of their 21 scouts.

SPECTOR’S NOTE: This front-office bloodletting is seen as cost-cutting by a club that will be sitting idle until perhaps January. Kim Pegula claimed the change of heart with Botterill was due to the 2020 NHL Draft being pushed to this fall, giving Adams time to familiarize himself with his new role. Putting Adams, who has no management experience, into that role is also being seen as the Pegulas injecting themselves directly into management decisions affecting the on-ice product.

Botterill leaves with more misses than hits during his tenure. He got very little back from trading Ryan O’Reilly to St. Louis and Evander Kane to San Jose. While he didn’t give up much to acquire Jeff Skinner from Carolina, he was criticized for re-signing the winger to an eight-year extension worth $9 million annually. On the plus side, he drafted Rasmus Dahlin and acquired blueliner Brandon Montour.

Yesterday’s moves left many observers pondering the fate of head coach Ralph Krueger. So far, it appears his job is safe, but the same was said of Botterill three weeks ago.

Considering the Sabres’ lousy record since the Pegulas took over in 2011 – a nine-year playoff drought, three management changes, and six different head coaches – their fans can be forgiven any skepticism over yesterday’s moves.

The patience of team captain and franchise players Jack Eichel will be tested if the Sabres fail to improve. Yesterday could become the beginning of the end of Eichel’s tenure in Buffalo.

TSN: Canadian prime minister Justin Trudeau said his government is comfortable with the NHL having a host city for its playoff tournament in Canada, provided the league follows local health protocols. Edmonton, Toronto, and Vancouver are among the 10 teams in the running.

“Obviously the decision has to be made by the NHL and the cities and the provinces in the jurisdiction, but Canada is open to it as long as it is okayed by the local health authorities”, said Trudeau.”

Bob McKenzie reports there was some talk of Toronto as a front-runner but all three Canadian cities are very much in the mix. He feels Trudeau’s announcement opens the door for one of them to become a hub for the playoff tournament.

Pierre LeBrun believes we’ll get more clarity on the two hub cities next week. Las Vegas remains a lock. If the three Canadian cities don’t work out there are some people who favor Chicago.

SPORTSNET: Chris Johnston reports Toronto Maple Leafs player rep Zach Hyman said he doesn’t have much clarity yet about how restrictive the NHL’s return-to-play protocol will be. He believes there could be some leniencies in place allowing players some access to their families during the tournament.

SPECTOR’S NOTE: The league and the NHLPA are in ongoing negotiations regarding those return-to-play restrictions. It’s expected more will be revealed when the league moves to Phase 3 as training camps open on July 10.

SPECTOR’S NOTE: It will difficult for teams to protect their players from the coronavirus as they prepare for training camp, especially in areas like Arizona where reported cases are on the rise. The Phase 3 training-camp period will determine if Phase 4 – the playoff tournament – goes off.

NBC SPORTS: Boston Bruins coach Bruce Cassidy isn’t ruling out resting some of his regulars during the round-robin.

SPECTOR’S NOTE: You’re probably thinking, “They’ve had months to rest and recover from any nagging injuries so why rest them in a three-game round-robin before the playoffs?” I doubt Cassidy’s going to do that for all of his stars. They’re going to need those games to get into game shape. This could be done on a game-by-game basis depending on the player’s needs.

BLOOMBERG NEWS: The Nassau Coliseum will be shuttered indefinitely as its owner seeks new investors to take over operations and the remaining debt on the building. The New York Islanders were supposed to return to the Coliseum next season to play all of their home games there before moving into their new Belmont Park arena for 2021-22.

SPECTOR’S NOTE: The New York Post’s Larry Brooks wonders if Rangers owner James Dolan might swoop in and keep the Coliseum open next season to enable the Islanders to play there. If that doesn’t happen, the Isles might have to play one more season at Barclays Center before moving to their new arena.

TSN: The reopening of Seattle’s KeyArena has been pushed back by two months. However, it’s not expected to affect the city’s NHL expansion team from starting their inaugural season in 2021-22.

← NHL Wise To Flip Conferences In Playoff Hub Cities NHL Rumor Mill - June 17, 2020 →
We use cookies on our website to give you the most relevant experience by remembering your preferences and repeat visits. By clicking “Accept”, you consent to the use of ALL the cookies.
Do not sell my personal information.
Cookie SettingsAccept
Manage consent