​​A growing number of NHL stars are speaking out against racial justice, the latest updates on the league’s return-to-play format, and Anaheim Ducks GM Bob Murray talks about his club’s future in today’s NHL morning coffee headlines.

“Change the game means change the narrative. The narrative has been the same: no justice. There needs to be justice. Justice has to happen, change needs to come. But we need everyone. We need all people to look at our lives and see where we can help that change and do our part.” 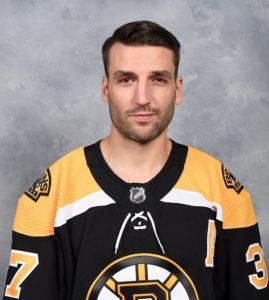 BOSTON, MA – SEPTEMBER 13: Patrice Bergeron #37 of the Boston Bruins poses for his official headshot for the 2019-2020 season on September 13, 2019 at WGBH in Boston, Massachusetts. (Photo by Steve Babineau/NHLI via Getty Images) *** Local Caption *** Patrice Bergeron

Boston Bruins center Patrice Bergeron pledged $25,000 to the Boston branch of the NAACP and $25,000 to Centre Multiethnique de Quebec.

“Let’s take real actions, with an open heart and compassion, I am determined to be an ally, continue to grow myself, and raise my children to be anti-racist.”

THE SCORE: Toronto Maple Leafs general manager Kyle Dubas believes his club can and should do more to combat systemic racism.

“I think what we’ve learned, especially in the last number of days, is that with the Maple Leafs and with our players and with our staff … we need to be doing more on the anti-racism side of things. Not only with our statements and our words and our tweets and what we put out there but with our actions, and we know that people will be watching us and holding us accountable in that regard.”

ESPN.COM: NHL analyst and former goaltender Kevin Weekes described his experiences as a black player in a predominantly white sport.

“The higher up I got in hockey, the more race started to become a factor,” Weekes said. “And I started realizing that, for me, I was walking over Niagara Falls on a tightrope with no safety net.”

Weekes called upon the NHL to implement harsher punishments for racially motivated incidents or slurs and to evaluate its relationship with local police departments.

“For an example, an NHL club should be very selective, just as they are with their players, to do hyperscreening of the law enforcement officials they use to work their venues or protect their players and their families. We’ll be a lot more diligent in the people we select to work with us.”

THE HOCKEY NEWS: Ken Campbell notes the growing number of NHL players speaking out against the murder of George Floyd and racism toward black people have galvanized the sport. He wonders if this will bring about necessary change within hockey.

SPECTOR’S NOTE: It’s heartening to see more NHL stars adding their voices against racial injustice, bigotry, and intolerance. However, they must back up their comments by actively working against racism within the sport and in society

Subban and Bergeron accompanied their words with deeds. Hopefully, other players will follow their example.

I’m not doubting the players’ sincerity, but if they don’t back up their comments with positive action, their words will ring hollow.

THE ATHLETIC (subscription required): Pierre LeBrun yesterday reported an NHL source said the league hasn’t yet whittled down its list of 10 potential hub cities down to two for its return-to-play tournament. Las Vegas, Los Angeles, Toronto, Vancouver, Edmonton, St. Paul/Minneapolis, Columbus, Pittsburgh, Dallas, and Chicago are believed in the running. The league could narrow down that list and finding suitable locations within the next two weeks.

SPECTOR’S NOTE: The recent protests against racial injustice in many US cities could affect the league’s decision. The potential Canadian locations depend upon whether the Canadian government eases its current COVID-19 border restrictions or deems NHL employees as essential works.

NBC SPORTS BOSTON: Joe Haggerty reports the NHL won’t begin Phase 2 of its return-to-play plan until all 31 teams can safely and legally reopen their training facilities. There are also complications involving foreign-born players being allowed to return to their Canadian NHL cities because of the country’s border restrictions. July 10 is the earliest date training camps could open, with the 24-team tournament beginning in late July or early August.

SPECTOR’S NOTE: Phase 2 allows the players to return to their respective NHL cities to engage in voluntary small-group training in their practice facilities. The league is believed to be aiming for mid-June to formally introduce that phase.

SPORTSNET: Ontario premier Doug Ford said the NHL told him it would use private labs to process COVID-19 tests of players and staff should the league resume plan this summer. Toronto is among the teams on the proposed list of hub cities for the return-to-play tournament.

THE ORANGE COUNTY REGISTER: Elliott Teaford reports Anaheim Ducks GM Bob Murray voiced his displeasure over his club’s poor performance this season. He expects improvement and more accountability from his players in 2020-21.

Murray singled out his core players. “No excuses,” he said. “All of our core guys have to pick up their games.” He also intends to meet next week with head coach Dallas Eakins and his staff in person if possible.

The Ducks GM spoke about his club’s free agents. “We’ve talked to them all,” Murray said. “In some cases, we have the hammer. In some cases, they have the hammer. There’s not going to be a lot of money out there (because of the coronavirus pause in play). The (salary) cap could be flat for a couple of years. Revenues could be tight.”

Part of it had to do with their rebuilding roster, as several promising youngsters failed to play up to expectations. Some of it was Eakin readjusting to the NHL game after coaching in the minors. Some of it was core players like Rickard Rakell failing to step up. Murray can demand accountability but it remains to be seen if the Ducks can elevate their play.

← NHL Return-to-Play Format: The Blackhawks and Canadiens NHL Rumor Mill - June 4, 2020 →
We use cookies on our website to give you the most relevant experience by remembering your preferences and repeat visits. By clicking “Accept”, you consent to the use of ALL the cookies.
Do not sell my personal information.
Cookie SettingsAccept
Manage consent