THE ATHLETIC (subscription required): In a recent mailbag segment, Murat Ates was asked if the Winnipeg Jets might bring back Paul Stastny, who briefly skated with them in 2018 before signing with the Vegas Golden Knights. Stastny spent part of this season on the third line. 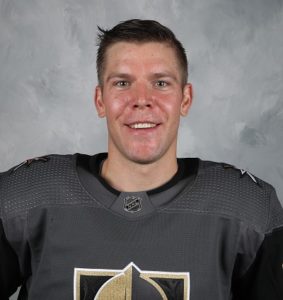 Could the Winnipeg Jets bring back Paul Stastny? (Photo via NHL Images)

Despite the recent decline in Stastny’s ice-time and production and his $6.5 million annual average value, Ates still believes he’d have value as a second-line center. Assuming the salary cap remains at $81.5 million, he believes the Jets would have to shed salary to take on Stastny’s contract.

Asked about how general manager Kevin Cheveldayoff plans to restock the defense corps, Ates speculated re-signing Dylan DeMelo is a priority and sign a veteran blueliner for the top four, perhaps from among their own UFAs. He doubts Cheveldayoff will pursue a big-ticket rearguard this year because they’re currently well-positioned to survive next year’s Seattle expansion draft.

SPECTOR’S NOTE: With over $73.3 million invested in 15 players next season, the Golden Knights could be forced to dump some salary. Stastny could become a cap casualty. He’s got a 10-team no-trade list, but the Jets might not be on it. As Ates pointed out, Stastny waived his no-trade on his last contract to accept a trade to Winnipeg.

Ates noted the Jets have sufficient cap space to re-sign all their restricted free agents, re-up DeMelo for $3.5 million, and have over $4 million remaining. He’s right when he said they’ll have to shed salary to bring back Stastny or acquire someone similar. Asking the Golden Knights to pick up part of his cap hit could involve parting with an extra draft pick or someone like Jack Roslovic.

Perhaps Cheveldayoff envisions Roslovic moving into the second-line center role to start next season. He could see how the 23-year-old center performs in that role before looking outside the organization to fill that spot.

EDMONTON JOURNAL: Kurt Leavins reports hearing some NHL clubs kicked the tires on Jesse Puljujarvi but the Oilers never heard anything close to fair market value. A recent report out of Finland indicating Puljujarvi isn’t ruling out returning to the Oilers had Leavins speculating the 22-year-old winger may have realized he received some bad advice about requesting a trade.

EDMONTON SUN: Jim Matheson also weighed in on Puljujarvi’s apparent change of heart. He said the Oilers still consider him a third-line winger until he proves he’s better. Puljujarvi reportedly showed some maturity in his play this season in Finland.  If Puljujarvi returns to the Oilers, Matheson believes it’ll be on a one-year, $874K qualifying offer. Otherwise, he could be looking at options in Finland, the KHL, or perhaps Sweden or Switzerland.

SPECTOR’S NOTE: If Puljujarvi returns to the Oilers, he’ll have to start as a third-line and earn top-six minutes as the season progresses. He still has plenty of time to develop into the scoring winger he was projected to become. How he fares is up to him now.

As for fair market value in a trade, the Oilers won’t get a first-round pick if Puljujarvi’s seen as a third-liner. It might be best for both sides for him to return next season and see how things unfold. If he finally blossoms into a scorer, it will improve his trade value if he still wants out of Edmonton. If he wants to stay, he’ll provide an additional boost to the Oilers’ offensive depth.

← NHL Morning Coffee Headlines - June 15, 2020 NHL Return-to-Play Plan: Is A CBA Extension Possible? →
We use cookies on our website to give you the most relevant experience by remembering your preferences and repeat visits. By clicking “Accept”, you consent to the use of ALL the cookies.
Do not sell my personal information.
Cookie SettingsAccept
Manage consent