Alzner, 31, spent most of the past three seasons buried in the minors. He has two years left on his contract with an annual average value of $4.625 million, plus he’s owed a $1.5 million signing bonus this off-season. 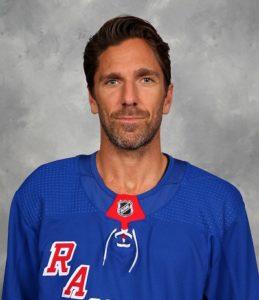 Backes, 36, has battled injuries as his ice time and production declined in recent years. A buyout won’t free up much cap room for the Ducks but would open up a roster spot for a younger player.

The emergence of young goalies Igor Shesterkin and Alexandar Georgiev put the 38-year-old Lundqvist’s future with the Rangers into doubt. He has a year left at an AAV of $8.5 million. The Rangers could try to trade him but Lundqvist would have to waive his no-movement clause.

Turris was a health scratch at times this season. He’s earning $6 million annually for the next four years.

Eriksson is another veteran forward whose production and ice time have dropped. He has two years left with an AAV of $6 million.

SPECTOR’S NOTE: The Canadiens have just over $63 million invested in 16 players, with Max Domi and Victor Mete as their notable free agents. Depending on the cost of re-signing those two, the Habs could have sufficient space under a projected $81.5 million cap next season to add to their roster without buying out Alzner. They could retain him for one more season to work with their minor leaguers and buy out his final season.

I wouldn’t be surprised if the Ducks bought out Backes. The years of physical play have caught up with him. Given his concussion history, retirement would be the best option, but that’s not something he seems to be considering.

Most of the speculation about Lundqvist points to a buyout unless he agrees to be traded or they move Georgiev instead.

Turris was frequently mentioned as a buyout candidate, but that’s something Predators GM David Poile could be reluctant to do. He doesn’t like carrying dead cap space but might not have much choice if he can’t move Turris in a cost-cutting trade.

There’s talk of trading Eriksson to a budget team after he’s paid his signing bonus for next season, as his actual salary will be lower than his $6 million AAV. If that’s not possible, the Canucks might have to go the buyout route.

STLTODAY.COM: In a recent chat with Blues fans, Jim Thomas said he doesn’t see them going shopping in the free-agent market even if Alex Pietrangelo departs after this season. General manager Doug Armstrong would only have enough cap space to re-sign RFA defenseman Vince Dunn.

THE ATHLETIC (subscription required): In a recent mailbag segment, Jeremy Rutherford said he doesn’t see former Blues defenseman Kevin Shattenkirk as a possible replacement for Pietrangelo. Currently with the Tampa Bay Lightning, Shattenkirk is 31 and the Blues don’t need him on the right side when they’ve already got Colton Parayko and Justin Faulk.

SPECTOR’S NOTE: The Blues (as per Cap Friendly) have over $79.4 million invested in 20 players next season. If Pietrangelo walks they’ll still have to shed some salary to re-sign Dunn. They won’t have enough to jump into the UFA market.

← NHL Morning Coffee Headlines - June 20, 2020 NHL Playoffs Breakdown: Canucks vs. Wild →
We use cookies on our website to give you the most relevant experience by remembering your preferences and repeat visits. By clicking “Accept”, you consent to the use of ALL the cookies.
Do not sell my personal information.
Cookie SettingsAccept
Manage consent