​Check out the latest on the Leafs, Coyotes, and Oilers in today’s NHL rumor mill.

THE ATHLETIC (subscription required): In a recent mailbag segment, James Mirtle was asked if the Toronto Maple Leafs can get a decent return if they trade Kasperi Kapanen, Andreas Johnsson, or Alex Kerfoot or if it’ll be a salary dump because of the flat cap. 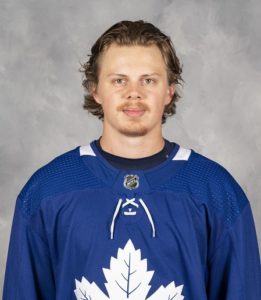 Mirtle feels they could get a player or prospect for Kapanen, but injuries and so-so-seasons for Johnsson and Kerfoot will affect their value. Still, he feels a depth-depleted club like New Jersey or Ottawa could be interested in one of those players.

He also believes the Leafs could go cheap on defense for next season out of necessity because of their lower cap space, perhaps seeking an affordable UFA veteran like Vancouver’s Chris Tanev. He doesn’t see them moving out a core player for blueline help.

SPECTOR’S NOTE: As per Cap Friendly, the Leafs have over $76.9 million invested in 16 players next season, with Kyle Clifford, Jason Spezza, Tyson Barrie, Cody Ceci, Travis Dermott, and Ilya Mikheyev to be re-signed or replaced. General manager Kyle Dubas did some impressive cap management last summer to free up room to re-sign Mitch Marner, but some of his deals received mixed results this season.

Dubas could pull off some more cap wizardry, perhaps acquiring one or two players on permanent long-term injury reserve status to provide more wiggle room. Nevertheless, there’s an expectation Kapanen, Johnsson, or Kerfoot could be moved in a cost-cutting deal. Such a trade doesn’t mean they won’t get an NHL-ready player back, but it would be one with much less than the $3-million or more cap hit of each of those three, with possibly less talent.

Dubas could surprise us with an interesting trade that brings in a top-four, right-shot defenseman. However, I think Mirtle’s assessment that they’ll stick with more affordable options for 2020-21 is the correct one.

A LOOK AT SOME POSSIBLE COYOTES TRADE OPTIONS

AZ COYOTES INSIDER: Craig Morgan recently examined the short- and long-term effects of a flat cap upon the Arizona Coyotes.

Per Cap Friendly, the Coyotes have almost $80 million invested in 17 players for 2020-21, with star winger Taylor Hall among their notable free agents.

SPECTOR’S NOTE: Morgan listed several others but these five appear the more likely trade options. They lack no-trade protection or have limited no-trade clauses, their contracts expire at the end of next season, and they could draw interest in the trade market.

Stepan’s $6.5 million annual average value is steep, but he’ll only get $2 million in actual salary for next season because the Coyotes recently paid out $3 million in a signing bonus. That could make him enticing for budget-conscious clubs looking for some affordable short-term experience and leadership.

Goligoski carries a $5.475-million AAV but receives $4 million in actual salary and has an eight-team no-trade list. Raanta has an injury history but could be a decent short-term option for clubs seeking goalie depth. Demers and Grabner would be affordable depth additions.

SPORTSNET: Mark Spector reports Andreas Athanasiou isn’t working out as hoped for the Edmonton Oilers. Since his acquisition at the Feb. 24 trade deadline, he failed to click alongside Connor McDavid and Leon Draisaitl.

Athanasiou is a restricted free agent at season’s end and must be qualified at $3 million. Spector doubts GM Ken Holland will pay the winger that much, speculating he’ll likely re-sign him for less on a one-year deal.

(NOT MARK) SPECTOR’S NOTE: Athanasiou’s stock tumbled this season. His speed was supposed to be an asset alongside McDavid or Draisaitl but his skills are good enough to hang with those superstars. If he spurns less money to stay in Edmonton, Holland could try to trade his rights at the draft. Failing that, he could just cut Athanasiou loose via the UFA market at season’s end.