​Check out the latest on the Devils and Kings in today’s NHL rumor mill.

THE ATHLETIC (subscription required): Corey Masisak recently examined how next season’s flat salary cap of $81.5 million could benefit the New Jersey Devils. He observed they’ll have over $27 million in cap space and lots of roster holes to fill.

Part of that will be taken up re-signing restricted free agents such as goaltender Mackenzie Blackwood, defenseman Mirco Mueller, and forward Jesper Bratt. They could also promote two or three players like Nick Merkley, Janne Kuokkanen, and Ty Smith.

Assuming around $14 million of remaining cap space following re-signings of key players and promotions, general manager Tom Fitzgerald will have sufficient flexibility to bring in some skilled veterans via trades and free agency. 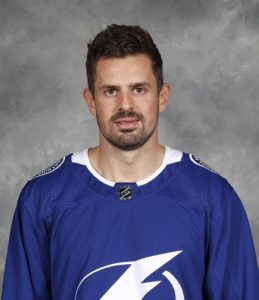 Masisak looked at several cap-strapped clubs in the Eastern and Western Conferences that could be possible trade partners or have players that become available via free agency.

SPECTOR’S NOTE: In an ordinary year, I’d make the case that a rebuilding club like the Devils might not be a desirable destination for free agents or players with no-trade clauses. However, it could be a different story under the new economic landscape.

Players that otherwise wouldn’t be available via trade could become expendable for teams trying to shed salary, while free agents seeking lucrative contracts could find the Devils more appealing. Perhaps one or two of those on Masisak’s list will be sporting Devils jerseys next season.

That depends, of course, on how much Devils ownership is willing to invest next season. Just because they’ll have lots of cap room doesn’t mean they’re going to spend to the cap.

THE ATHLETIC (subscription required): In a recent mailbag segment, Lisa Dillman was asked about the odds of the Los Angeles Kings signing a restricted free agent such as Tampa Bay Lightning defenseman Mikhail Sergachev to an offer sheet. She considers those odds virtually nil, as that rarely-used tactic seldom pans out. The Kings have other plans and ideas for rebuilding their roster.

Asked if the Kings might take on a bad contract for assets from a cap-strapped club, Dillman pointed out they’ve never been aggressive in complex deals like those. She also noted that’s not something GM Rob Blake has pursued in the past. She also doesn’t seek the Kings making a big splash in this year’s UFA market, though they could look at some bargain signings.

SPECTOR’S NOTE: Blake and the rest of the Kings’ front office have put their focus on rebuilding with youth, primarily from within their system. Their prospect depth is considered among the best in the league right now. Blake could keep his powder dry for next summer’s UFA market when there could be better options available.

← NHL Morning Coffee Headlines - July 25, 2020 What's the NHL's Plan For a Full 82-Game Schedule in 2020-21? →
We use cookies on our website to give you the most relevant experience by remembering your preferences and repeat visits. By clicking “Accept”, you consent to the use of ALL the cookies.
Do not sell my personal information.
Cookie SettingsAccept
Manage consent