​Could a flat salary cap force the San Jose Sharks to make some roster changes? Could it affect the Boston Bruins’ efforts to re-sign Tuukka Rask next year? Check out the latest in today’s NHL rumor mill.

THE ATHLETIC: Kevin Kurz wonders if it might make sense for the San Jose Sharks to take a planned step backward next season. A salary cap frozen at $81.5 million will hamper efforts to stage a quick turnaround after missing this year’s playoffs. 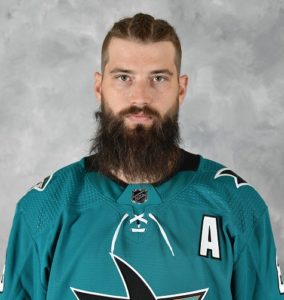 The Sharks have over $66 million invested in 13 players for 2020-21, with six of those carrying full or partial no-trade clauses. Periphery changes likely mean they’ll once again finish near the bottom of next season’s standings.

Kurz believes Brent Burns would still have value in the trade market. The 35-year-old has a three-team trade list but Kurz thinks he could expand it if he doesn’t want to be part of a club that doesn’t intend to contend next season. He feels the Sharks could get a first-round pick or a pick and prospect for Burns, suggesting heir apparent Ryan Merkley could be NHL-ready in 2021. Winger Evander Kane also has a three-team trade list but could also fetch a similar return.

SPECTOR’S NOTE: It’ll be interesting to see what Wilson has in store for his roster during what will be a very long off-season for his club. The earliest sign of his plans could come leading up to the NHL Draft as that’s usually when some of the biggest moves involving established players take place.

He could follow Kurz’s suggestion, or he could try to move a player like Burns or Kane for a return that would have a more immediate impact. One or both might be willing to move on if they feel the Sharks are getting ready to rebuild. Finding suitable trade partners could be difficult. Both carry hefty cap hits and hold control over where they could be moved.

Rask has posted solid numbers in recent years and could be in line to win the Vezina Trophy this season. However, he came up short in two attempts (2013 and last year) to backstop the Bruins to the Stanley Cup. A flat salary cap will also make things interesting.

Haggerty notes the Bruins have around $35 million currently invested in their 2021-22 payroll and won’t be on the hook for more than $52 million once they’ve sorted out this year’s free agents. He wonders how much Rask will seek to re-sign or he might consider retirement, something he’s hinted at several times. Haggerty suggests a two-year, $10-million deal ($5 million annually) might do the trick if Rask decides to stay.

SPECTOR’S NOTE: Rask’s status could be worth watching in the off-season. We can’t rule out the possibility the Bruins re-sign Rask following this season since there won’t be any uncertainty over what next season’s cap will be. However, they could decide to wait and see how he performs in 2020-21 before opening contract discussions.

← NHL Morning Coffee Headlines - July 3, 2020 Notable Points in the Proposed NHL Return-to-Play and CBA Extension →
We use cookies on our website to give you the most relevant experience by remembering your preferences and repeat visits. By clicking “Accept”, you consent to the use of ALL the cookies.
Do not sell my personal information.
Cookie SettingsAccept
Manage consent