​The latest Islanders and Coyotes speculation plus an update on Jesse Puljujarvi in today’s NHL rumor mill. 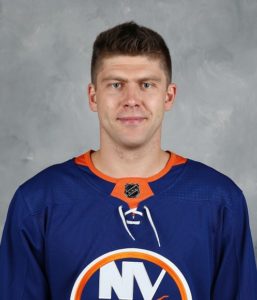 Asked about possible cost-cutting measures for the cap-strapped club, Staple doubts anyone will trade for Semyon Varlamov. The goaltender has three years left on his contract with an annual average value of $5 million.

SPECTOR’S NOTE: Staple indicted former Isles goalie Robin Lehner would be available via free agency for perhaps the same price. Unless general manager Lou Lamoriello is willing to include a sweetener, I don’t see Varlamov being moved. They plan to let Thomas Greiss depart via free agency and have Varlamov tutor promising Ilya Sorokin.

Staple suggests Nick Leddy could be the Islanders’ best trade chip. The defenseman has two years remaining on his contract with an AAV of $5.5 million. Others could include blueliner Johnny Boychuk and perhaps Josh Bailey. He felt they would have to include a first-round pick if they hope to move winger Andrew Ladd.

SPECTOR’S NOTE: Ladd was almost moved to Minnesota for Zach Parise at the trade deadline but that deal fell through. Given the new economic landscape, I doubt they’ll revisit that plan.

Leddy lacks no-trade protection and has a reasonable cap hit but his actual salary could be a sticking point. It rises to $6.5 million next season and $7 million in 2021-22. Injuries are taking a toll on Boychuk, who has a modified no-trade clause and a $6 million AAV through 2021-22. Bailey’s AAV is $5 million through 2023-24.

SPECTOR’S NOTE: Never say never, but it’ll have to be a monstrous offer to make Lamoriello walk away. It’s possible but unlikely, and Lamoriello will do everything he can to match it.

THE HOCKEY NEWS: Ryan Kennedy wondered what’s in store for the Arizona Coyotes under interim GM Steve Sullivan. His most pressing matter is re-signing Taylor Hall before the winger becomes eligible for unrestricted free-agent status at the season’s end.

Kennedy speculates Hall could test the market before deciding what to do. Sullivan and the Coyotes’ ownership must decide if re-signing the 28-year-old winger to an expensive, long-term deal is in their best interests.

SPECTOR’S NOTE: It’ll take a heckuva sell job on Sullivan’s part to convince Hall to stay, especially if they get eliminated from their upcoming qualifying-round series by the Nashville Predators.

Cap Friendly indicates they have over $79.9 million invested in 17 players next season. They’ll get $5.275 million in cap relief by placing all-but-retired Marian Hossa on long-term injury reserve, but that’s not enough to re-sign Hall and fill out the rest of the roster.

EDMONTON JOURNAL: David Staples observed a report out of Finland suggesting winger Jesse Puljujarvi indicated he recently had a “good and constructive” conference call with Oilers GM Ken Holland and coach Dave Tippett. The young winger isn’t ruling out returning to the club next season.

Puljujarvi wants to return to the NHL and it appears he’s accepted his share of the responsibility for his poor play. However, we still have to wait and see if this means he’ll be returning to the Oilers next season.

← NHL Morning Coffee Headlines - July 30, 2020 2020 Stanley Cup Qualifying Round Preview: Pittsburgh Penguins vs Montreal Canadiens →
We use cookies on our website to give you the most relevant experience by remembering your preferences and repeat visits. By clicking “Accept”, you consent to the use of ALL the cookies.
Do not sell my personal information.
Cookie SettingsAccept
Manage consent