THE ATHLETIC (subscription required): During a recent mailbag segment, Scott Cruickshank was asked about recent trade rumors swirling around Calgary Flames winger Johnny Gaudreau. The 26-year-old has two years left on his contract with an annual average value of $6.75 million. 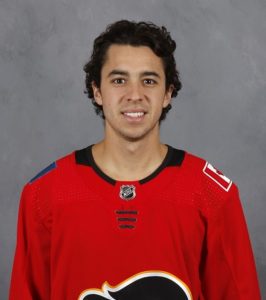 There was some speculation suggesting Gaudreau won’t re-sign with the Flames but Cruickshank believes he’s not necessarily gone once his contract is up. He doesn’t think general manager Brad Treliving is actively shopping the winger but believes he’d be nuts not to entertain all offers.

SPECTOR’S NOTE: The decline in Gaudreau’s production this season combined with last spring’s poor playoff performance (a lone assist in five games) gave rise to the trade whispers. A better effort in the upcoming playoff tournament could put some of that talk to rest. Still, the Gaudreau trade chatter could ramp up if the Flames make another early playoff exit.

Cruickshank was asked what it would take for the Flames to acquire Buffalo Sabres defenseman Brandon Montour, as well as Casey Mittelstadt and/or Sam Reinhart. All three are restricted free agents with Montour and Reinhart carrying arbitration rights.

Citing Evolving-Hockey.com, Cruickshank indicates Reinhart could get over $8.7 million annually on an eight-year deal, Montour $4.8 million annually for three years, and Mittelstadt $1.17 annually on a two-year deal. Prying those players from the Sabres would mean parting with some core Flames players, high-level youngsters, and draft picks.

SPECTOR’S NOTE: I don’t see the Sabres moving Reinhart unless he wants out. So far, there’s no indication he’s unhappy in Buffalo or wants a trade.

Montour’s supplanted Rasmus Ristolainen as the most likely Sabres trade candidate because he reportedly doesn’t fit well into coach Ralph Krueger’s system. Perhaps there’s a fit in Calgary if the Flames lose T.J. Brodie and/or Travis Hamonic to free agency at season’s end.

Mittelstadt is a former first-round pick (eighth overall, 2017) whose slow development has frustrated Sabres followers. I don’t think the Flames would be interested unless he’s part of a package involving a much better player coming to Calgary.

Asked which player he’d try to add if he were Flames GM, Cruickshank suggested Josh Anderson of the Columbus Blue Jackets. He’s a big, 26-year-old right-winger who tallied 27 goals in 2018-19, but he also missed most of 2019-20 to a shoulder injury and he’s an RFA with arbitration rights at the end of this season.

SPECTOR’S NOTE: Cruickshank feels Anderson would be worth pursuing depending on the Blue Jackets’ asking price and the cost of his new contract. Anderson popped up frequently in media-generated rumors before the February trade deadline. The Flames could have plenty of competition if they attempt to acquire him.

THE PROVINCE: Patrick Johnson reports the Vancouver Canucks patience with Jake Virtanen may be running thin. The 23-year-old winger wasn’t part of their lineup for their exhibition game loss to the Winnipeg Jets.

Virtanen’s fitness levels and consistency have been questioned in the past. He was also surpassed by more defensively-responsible forwards like Micheal Ferland, Brandon Sutter, and Zack MacEwen.

SPECTOR’S NOTE: Virtanen was enjoying a career-best performance before the pandemic. He was on pace to finish with 20 goals and 40 points (18 goals, 36 points) when the schedule was interrupted. Nevertheless, his fitness, inconsistency, and seeming unwillingness to improve his defensive play knocked him out of the Canucks lineup against the Jets and could relegate him to the press box for their upcoming series against the Minnesota Wild.

Virtanen’s a restricted free agent with arbitration rights, but it remains to be seen if he has a future in Vancouver after this season. His name could pop up in the rumor mill if he remains on the sidelines during the playoff tournament.

← NHL Morning Coffee Headlines - July 31, 2020 2020 Stanley Cup Qualifying Round Preview: Nashville Predators vs Arizona Coyotes →
We use cookies on our website to give you the most relevant experience by remembering your preferences and repeat visits. By clicking “Accept”, you consent to the use of ALL the cookies.
Do not sell my personal information.
Cookie SettingsAccept
Manage consent