​The puck drops on the qualifying rounds, updates on Dougie Hamilton and Tony DeAngelo, the league makes a ruling on conditional picks in the Neal-for-Lucic trade, and more in today’s NHL morning coffee headlines.

NHL.COM: The road to the Stanley Cup begins as the best-of-five qualifying rounds of the return-to-play plan opens with five games today.

The New York Rangers face off against the Carolina Hurricanes at noon ET, followed by the Chicago Blackhawks meeting the Edmonton Oilers at 3 pm ET and the Florida Panthers vs the New York Islanders at 4 pm ET.

This evening sees the Montreal Canadiens square off with the Pittsburgh Penguins (7 pm ET), followed by the Winnipeg Jets tangling with the Calgary Flames (10:30 pm ET). 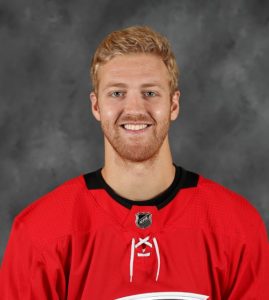 SPECTOR’S NOTE: Check your local listings. I always wanted to say that.

THE NEWS & OBSERVER: Hurricanes defenseman Dougie Hamilton is listed as unfit to play for Game 1 against the Rangers. He missed several recent practice sessions with an undisclosed ailment. Hamilton resumed skating on Friday and coach Rod Brind’Amour indicated the blueliner is feeling better.

SPECTOR’S NOTE: Hamilton missed the second half of the regular season with a broken leg. He’s fully recovered but it’s assumed he suffered a lower-body injury during Phase 3 training camp. Brind’Amour isn’t ruling out Hamilton returning to play later in this series.

SPECTOR’S NOTE: As per league protocols, the Rangers cannot elaborate as to why DeAngelo could be held out of the lineup today.

SPORTSNET: The NHL has issued rulings on three trades involving conditional draft picks during this season.

The most noteworthy is the Edmonton Oilers having to transfer their third-round pick in 2020 or 2021 to the Calgary Flames to complete the transaction that sent Milan Lucic to the Flames last July for James Neal. The Oilers have until the start of the third round in this year’s draft to decide which pick they’ll move.

The league also ruled on the trade that saw the Toronto Maple Leafs acquire goaltender Jack Campbell and forward Kyle Clifford from the Los Angeles Kings. The Leafs will owe the Kings a 2021 second-round pick if they win their qualifying-round series against the Columbus Blue Jackets, and if Campbell records two-or-more victories, or if Clifford re-signs with the Leafs.

A more complicated ruling involved the deal that saw the New Jersey Devils send Sami Vatanen to the Carolina Hurricanes at the trade deadline. A conditional fourth-rounder was part of the return for the Devils.

SPECTOR’S NOTE: The Clifford re-signing condition will be among the last in which conditional picks are attached to trades depending on the player re-signing with his new team. That’s now prohibited under the recent CBA extension.

THE SCORE: The NHL recorded no positive COVID-19 tests since the players’ arrival last Sunday in the two hub cities of Edmonton and Toronto. Over 1,500 tests have been conducted daily in each city.

NBC SPORTS PHILADELPHIA: NHL commissioner Gary Bettman explained why Flyers mascot Gritty can’t be in Toronto with the team. “I don’t think we have a nasal swab that goes up his beak that far,” chuckled Bettman.

SPECTOR’S NOTE: The real reason, of course, is furry discrimination. Kidding aside, each club could only bring 52 personnel (including 31 players) to their bubble city. With no fans in attendance, team mascots are considered non-essential personnel. Gritty will have to watch the games on TV like the rest of us.

← 2020 NHL Playoffs: Western Conference Round Robin Seeding Preview NHL Rumor Mill - August 1, 2020 →
We use cookies on our website to give you the most relevant experience by remembering your preferences and repeat visits. By clicking “Accept”, you consent to the use of ALL the cookies.
Do not sell my personal information.
Cookie SettingsAccept
Manage consent