​Recaps of yesterday’s playoff games, the Penguins fire their assistant coaches, the Leafs respond to the qualifying-round elimination and more in today’s NHL morning coffee headlines.

NHL.COM: Patrice Bergeron’s double-overtime goal gave the Boston Bruins a 4-3 victory over the Carolina Hurricanes in Game 1 of their opening-round series. Bergeron’s linemates David Pastrnak (one goal) and Brad Marchand (two assists) picked up their first points of the postseason. Hurricanes defenseman Dougie Hamilton returned to action after missing the qualifying round with an undisclosed injury, but winger Justin Williams and blueliner Sami Vatanen were ruled “unfit to play” for Game 1. 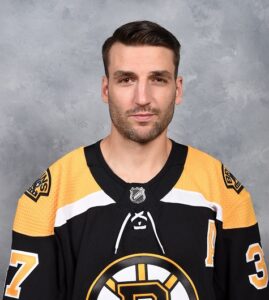 Hurricanes coach Rod Brind’Amour was fined $25K for his comments disputing the Bruins’ second goal when Anders Bjork appeared to swat the puck out of Carolina goalie Petr Mrazek’s glove on the ice to teammate Charlie Coyle. “This is why the league’s a joke, in my opinion, on these things,” said Brind’Amour following the game. “That one is a crime scene.”

SPECTOR’S NOTE: In my opinion, the officials got the call wrong, but Brind’Amour should know the league takes a dim view of coaches publicly airing their grievances about officiating.   The New York Islanders overcame a 2-0 deficit to double up the Washington Capitals 4-2 in Game 1 of their opening-round series. Jordan Eberle, Anders Lee, Josh Bailey, and Anthony Beauvillier tallied four unanswered goals for the Islanders while T.J. Oshie netted both Capitals goals. The Caps were unhappy with Lee over a late hit on Nicklas Backstrom that sidelined the center for the rest of the game. A further word on Backstrom’s condition could be provided later today.

SPECTOR’S NOTE: Eberle’s goal late in the second period gave the Isles a much-needed lift. They went on to dominate the Capitals in the final frame.

A three-goal outburst within a 1:23 span in the third period powered the Colorado Avalanche to a 3-0 win over the Arizona Coyotes in the first game of their opening-round series. Nazem Kadri, J.T. Compher, and Mikko Rantanen were the goal scorers while Philipp Grubauer made 14 saves for the shutout.

SPECTOR’S NOTE: Colorado controlled this game from the opening faceoff. Only the play of Coyotes goalie Darcy Kuemper kept this scoreless until the Avs’ third-period flurry.

Carter Hart made 27 saves as the Philadelphia Flyers held off the Montreal Canadiens 2-1. Joel Farabee tallied the game-winner 16 seconds after the Habs tied it on a second-period power-play goal by Shea Weber. Habs goalie Carey Price made a breathtaking stick save on a second-period Scott Laughton blast, preventing either a sure goal or perhaps serious injury to teammate Nick Suzuki as the youngster attempted to block the shot.

CAREY PRICE GOT A STICK ON THIS! #GoHabsGo pic.twitter.com/zCdeepSacJ

SPECTOR’S NOTE: This was a physical,closely-contested game that could set the tone for the remainder of the series. Both goaltenders were outstanding.

SPECTOR’S NOTE: This was a close game until the Canucks blew it open with three goals on five shots. The Blues played better than they had in the round-robin but seemed to wilt in that final period.

SPECTOR’S NOTE: Penguins GM Jim Rutherford promised changes after his club’s qualifying-round exit. He’ll turn next to his roster, but don’t expect any big changes there other than perhaps trading goalie Matt Murray and letting Justin Schultz depart via free agency. If those moves fail to improve the Pens next season, Sullivan could lose his job while Rutherford looks at maybe a bigger roster move or two.

NEW YORK POST: Henrik Lundqvist’s future with the New York Rangers appears hazy following a recent meeting with team president John Davidson. The long-time Rangers starting goalie lost his job to rookie Igor Shesterkin this season and the club doesn’t intend to carry three goalies next season. Lundqvist has a year remaining on his contract worth an annual average value of $8.5 million.

SPECTOR’S NOTE: The Rangers could be trying to convince Lundqvist to retire, removing his full cap hit from their books. They could also buy him out, but that would only save $3 million next season and give them $1.5 million in dead cap space for 2021-22.

TSN: Toronto Maple Leafs president Brendan Shanahan reaffirmed his faith in general manager Kyle Dubas during yesterday’s online end-of-season press conference. Dubas, meanwhile, defended his players and resisted the notion that management misread the club’s potential. Leafs stars Auston Matthews, Mitch Marner, John Tavares, and Morgan Rielly acknowledged the disappointment and frustration over yet another early postseason exit but maintain their belief they have the core to develop into a winner.

SPECTOR’S NOTE: Unhappy Leafs followers appear to be running out of patience with “The Shanaplan”, Dubas’ management, and the inconsistent performance of some of the club’s stars. It’ll be interesting to see what off-season moves they make to address their roster deficiencies, especially on the blueline. Another erratic season could cost Dubas his job and perhaps lead to a core player getting traded.

THE DALLAS MORNING NEWS: An undisclosed injury appears to be affecting Dallas Stars center Tyler Seguin. He failed to register a shot in the Stars’ Game 1 loss to the Calgary Flames, marking the second time in three games he’s done so.

SPECTOR’S NOTE: The low-scoring Stars need veterans scorers like Seguin at his best if they hope to stage a run for the Stanley Cup.

WINNIPEG SUN: Jets center Bryan Little is unsure if he’ll play again after suffering a punctured eardrum and concussion when he was struck in the head by a shot during a game last November. He’s been sidelined ever since as he recovered from surgery to repair his eardrum. His symptoms have reduced but brain scans revealed lingering damage that could put his future at risk if he continues playing hockey.

THE SCORE: Top prospect Alexis Lafreniere won’t be returning to Rimouski Oceanic training camp and he won’t be playing in Europe as he prepares for his NHL career. He intends to train at home and report to his NHL team whenever their training camp opens this fall. It’s expected the New York Rangers will select him with the first-overall pick in this year’s draft in October.