​The Maple Leafs rally to tie their series with the Blue Jackets while the Canucks, Canadiens, Blackhawks, Coyotes, and Islanders march on to the playoffs. Recaps and more in today’s NHL morning coffee headlines. 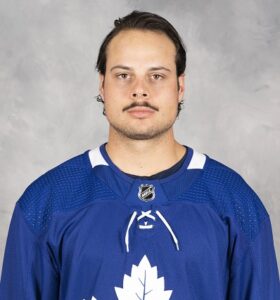 NHL.COM: Auston Matthews’ overtime tally capped a four-goal rally by the Toronto Maple Leafs to edge the Columbus Blue Jackets 4-3, tying their best-of-five qualifying-round series at two games apiece. The Leafs were down 3-0 late in the third when they tied it on goals by William Nylander, John Tavares, and Zach Hyman, setting the stage for Matthews’ OT heroics. The fifth and deciding game will be played Sunday.

SPECTOR’S NOTE: Until that rally, Toronto looked done and dusted. With the game and the series seemingly in the bag following a solid defensive performance, the Jackets were unprepared for the Leafs’ desperate push. Both teams are now even in third-period comebacks. The Vancouver Canucks are marching on to the playoffs after Chris Tanev’s overtime goal gave them a series-clinching 5-4 win over the Minnesota Wild in Game 4 of their qualifier. Tanev enjoyed a three-point performance while Bo Horvat, Quinn Hughes, and Tanner Pearson each had a goal and an assist.

Chris Tanev scores 11 seconds into OT and the Vancouver #Canucks are off to the Stanley Cup Playoffs! pic.twitter.com/amPhcfS46o — Sportsnet 650 (@Sportsnet650) August 8, 2020

SPECTOR’S NOTE: This series was a big step forward for the rebuilding Canucks. The Wild, meanwhile, enter an off-season that could lead to some significant roster changes. This game may have been the last one for long-time Wild captain Mikko Koivu.

Carey Price had a 22-game shutout as he backstopped the Montreal Canadiens over the Pittsburgh Penguins 2-0 in Game 4 of their qualifier, winning the series 3 games to 1. Artturi Lehkonen snapped a scoreless tie on a beautiful pass by Paul Byron late in the third period. Shea Weber put it away with an empty-netter.

SPECTOR’S NOTE: The Canadiens out-worked and out-hit the Penguins, whose intensity seemed to wan as they struggled to put pucks past Price. The Habs goalie was outstanding in this series, silencing (for now) the critics claiming he was past his prime.

SPECTOR’S NOTE: The Blackhawks had solid goaltending, veteran postseason experience, and scoring depth. The Oilers had McDavid’s line and not much else.

An overtime goal by Brad Richardson propelled the Arizona Coyotes to a 4-3 series-clinching win over the Nashville Predators. Coyotes goalie Darcy Kuemper made 49 saves, team captain Oliver-Ekman-Larsson collected two assists, and Phil Kessel tallied his first goal of the series.

SPECTOR’S NOTE: Kuemper was the difference throughout this series. Nashville dominated much of the play but couldn’t crack the Coyotes netminder. The Preds also didn’t get much secondary scoring in this series.

Anthony Beauvillier scored twice as the New York Islanders wrapped up their series against the Florida Panthers with a convincing 5-1 victory in Game 4.

SPECTOR’S NOTE: The Panthers had little answer for the Islanders’ defensive system. Their lack of depth could lead to a front-office shakeup as a report claimed Dale Tallon could be out as general manager.

LAS VEGAS SUN: The top seed in the Western Conference is on the line as the Vegas Golden Knights and Colorado Avalanche face off today in round-robin action.

TSN: Steven Stamkos will miss today’s final round-robin game against the Philadelphia Flyers. The Tampa Bay Lightning captain is still recovering from an undisclosed injury suffered during Phase 2 training. Lightning coach Jon Cooper said Stamkos is considered to be out indefinitely for the time being.

NBC SPORTS PHILADELPHIA: Flyers winger Jakub Voracek is unavailable to play in today’s contest with the Lightning. As per league protocols, the club cannot elaborate as to his condition. Flyers winger James van Riemsdyk returns to the lineup after being a healthy scratch in Thursday’s win over the Washington Capitals.

TSN: The NHL is continuing its investigation into allegations of pre-draft fitness testing by the Arizona Coyotes. A ruling could come on Monday.

As a result of the #Islanders beating the Panthers and moving on to the playoffs, the Ottawa #Senators will now receive NY’s 2020 1st RD pick as part of the J-G Pageau trade.

Sens now officially have 3 picks in the first RD of this years entry draft.https://t.co/uDE2RpiVJq pic.twitter.com/IvrwCv5bJp

With the #Coyotes moving on to the playoffs, the NJ #Devils will receive Arizona’s 2020 1st RD pick as part of the Taylor Hall trade. NJ now has 2 picks in the first RD of this years entry draft, and will have 3 picks if Vancouver advances later tonight.https://t.co/FoSKA6iIIw pic.twitter.com/uo6FsSfRdL — CapFriendly (@CapFriendly) August 7, 2020

← Canadiens Blank Penguins 2-0 in Game 4 to Win Qualifying-Round Series NHL Rumor Mill - August 8, 2020 →
We use cookies on our website to give you the most relevant experience by remembering your preferences and repeat visits. By clicking “Accept”, you consent to the use of ALL the cookies.
Do not sell my personal information.
Cookie SettingsAccept
Manage consent