​The Golden Knights and Flyers are the top seeds in their respective conferences, plus the latest on Victor Hedman, Zach Werenski, and more in today’s NHL morning coffee headlines. 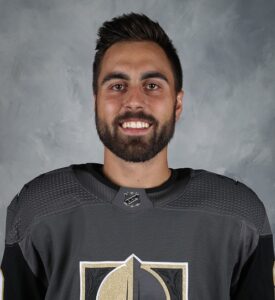 NHL.COM: The Vegas Golden Knights and Philadelphia Flyers are the top seeds in their respective conferences following their round-robin games Saturday.

Alex Tuch’s overtime goal lifted the Golden Knights over the Colorado Avalanche 4-3, giving them a perfect record (3-0-0) in round-robin play. Jonathan Marchessault scored twice and Robin Lehner made 32 saves for Vegas, who face off against the Chicago Blackhawks in the opening round of the Stanley Cup playoffs.

Alex Tuch gets it done for his guys!

The shot that sealed the deal for the @GoldenKnights to claim the ? seed. pic.twitter.com/mUFae8ojuj

Two first-period goals by Nicolas Aube-Kubel carried the Flyers to a 4-1 victory over the Tampa Bay Lightning. Joel Farabee had a goal and an assist while Sean Couturier and Shayne Gostisbehere each collected two assists. The Flyers were 3-0-0 in round-robin action and face the Montreal Canadiens in the opening round of the playoffs.

The Lightning lost more than a chance to clinch the top seed in the conference. Defenseman Victor Hedman left the game in the first period after appearing to roll his right ankle and was visibly frustrated, slamming his stick repeatedly as he headed to the dressing room.

Hedman is not happy as he heads to the dressing room. #GoBolts pic.twitter.com/v0aqPU9i4d — Here’s Your Replay ⬇️ (@TheReplayGuy) August 9, 2020

SPECTOR’S NOTE: No word yet as to the severity of Hedman’s injury or how long he could be sidelined. Meanwhile, Lightning captain Steven Stamkos missed the entire round-robin tournament dealing with what’s described as a minor ailment.

SPORTSNET’s Chris Johnston reports the Colorado Avalanche will face the Arizona Coyotes in opening round play.

AZ COYOTES INSIDER Craig Morgan reports the winner of today’s round-robin game between the St. Louis Blues and Dallas Stars will meet the Calgary Flames while the loser’s opening round opponent will be the Vancouver Canucks.

TSN: The Lightning faces the winner of tonight’s game between the Toronto Maple Leafs and Columbus Blue Jackets.

SPECTOR’S NOTE: Some interesting matchups are emerging for the first round, especially for the Lightning. On the one hand, we could have a rematch of last year’s opening-round series with the Blue Jackets. On the other hand, a potential run-and-gun tilt with the Leafs.

THE COLUMBUS DISPATCH: The status of Blue Jackets defensemen Zach Werenski and Ryan Murray remains unclear heading into tonight’s decisive Game 5 against the Maple Leafs. Werenski suffered an upper-body injury during Game 4 on Friday while Murray missed that contest for undisclosed reasons. TSN reports Werenski underwent an MRI on Saturday.

← NHL Rumor Mill - August 8, 2020 Sunday NHL Rumor Roundup - August 9, 2020 →
We use cookies on our website to give you the most relevant experience by remembering your preferences and repeat visits. By clicking “Accept”, you consent to the use of ALL the cookies.
Do not sell my personal information.
Cookie SettingsAccept
Manage consent