​Check out the latest on the Maple Leafs and the Wild in today’s NHL rumor mill.

TORONTO SUN: Steve Simmons doesn’t believe Kyle Dubas should be fired, but feels the Maple Leafs general manager could be looking for work in a year if he hasn’t reversed the club’s fortunes by then. 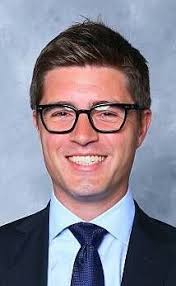 Simmons feels Dubas has to strengthen the Leafs after turning over almost half the roster last summer, weakening their depth in the process. The top of the roster wasn’t productive enough, the bottom of the roster not good enough, and the team defense was taken advantage of physically during puck battles.

Simmons called on Dubas to make bold changes via trades or free agency. He wondered if the Leafs GM will come back with goaltender Frederik Andersen next season or look for someone like Pittsburgh’s Matt Murray, who Dubas knows from their days with the OHL’s Soo Greyhounds. He also noted there are desperate teams with salary-cap issues, roster issues, disappointed owners, or those like Pittsburgh and Nashville that have somehow lost their way.

TORONTO STAR: Dave Feschuk also wondered what Dubas has in store for the Leafs. He notes that fans and pundits are calling on the Leafs GM to trade William Nylander, or Mitch Marner, or Kasperi Kapanen and/or Andreas Johnsson. While Dubas could stubbornly stick to his plan, Feschuk suggests he needs to adjust it, pointing out the Leafs had this season’s sixth-worst goals-against per game.

SPECTOR’S NOTE: The bloom is definitely off the Dubas rose. He’ll be under tremendous pressure to improve the Leafs this off-season.

Dubas isn’t afraid to make bold moves (signing Tavares and acquiring Tyson Barrie, Alex Kerfoot, and Cody Ceci). The problem is those decisions failed to address the Leafs’ glaring weaknesses. He must get it right this off-season or the calls for his dismissal will grow.

The Leafs GM has limited salary-cap space to work with, carrying over $76.9 million invested in 17 players. He and his capologist were able to free up sufficient cap space last summer to re-sign Marner, but they’ll have to get more creative this year to address the club’s issues. Fixing those problems could mean moving one of the Leafs’ top forwards, or one or two of their more affordable secondary scorers.

TWINCITIES.COM: Dane Mizutani reports Minnesota Wild GM Bill Guerin knows his club is a long way from being a Stanley Cup contender. “There definitely have to be changes,” he said. “We haven’t had success here. Things need to get better. That’s just the way it is.”

Guerin indicated he’ll attempt to land a true first-line center, indicating that will likely come via free agency or the draft. “Teams don’t trade No. 1 centers. They just don’t,” he said. The Wild GM also indicated he was unhappy with his goaltending this season and didn’t rule out looking outside the organization for help.

Guerin will meet with pending UFA Mikko Koivu and intends to get started on contract extension talks with players such as Kevin Fiala. Jonas Brodin, Marcus Foligno, and Joel Eriksson Ek. He also said contract buyouts are a last resort, but Mizutani speculates Victor Rask could be a buyout candidate.

SPECTOR’S NOTE: Guerin took his time evaluating his roster until midseason when he traded Jason Zucker to Pittsburgh and replaced Bruce Boudreau as head coach with Dean Evason. He’ll start putting a bigger stamp on this team through the offseason.

Several good goalies are available in this summer’s UFA market, but Guerin might stick with his current netminders next season to buy time for promising Kaapo Kahkonen. The current tandem (Devan Dubnyk and Alex Stalock) are under contract for next season, meaning one of them will have to be moved to acquire another netminder.

There aren’t any No.1 centers available in this year’s UFA market. Guerin could draft a promising center this year but that prospect won’t address that need next season. If he can’t find help in the trade market, he could try the offer sheet route. With over $65 million invested in 17 players, that’s probably not a wise course of action.