The latest on the Bruins, Blackhawks, Leafs and more in today’s NHL morning coffee headlines.

THE SCORE: Boston Bruins GM Don Sweeney is willing to let Zdeno Chara take his time to reach a decision for the 2020-21 season. He said he’s been in regular contact with the 43-year-old defenseman and his agent. Chara is an unrestricted free agent who’s spent the past 14 seasons with the Bruins. 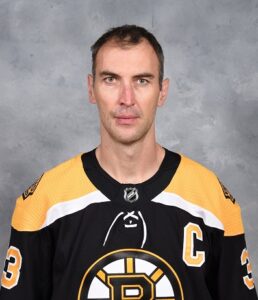 Zdeno Chara has yet to reach a decision on next season (NHL Images).

SPECTOR’S NOTE: Chara’s agent recently said his client is drawing interest from multiple teams. For now, there’s no indication the long-time Bruins captain is planning to leave Boston. The uncertainty over what next season will look like could be a factor in his decision not to rush into signing a new contract.

CHICAGO SUN-TIMES: Uncertainty over the status of Brent Seabrook, Andrew Shaw and Zack Smith is affecting the Blackhawks’ salary-cap flexibility. The trio missed the 2020 playoffs because of injuries and there’s some question whether they’ll be medically cleared to play next season. They could be placed on long-term injury reserve to start the season, which would allow the Blackhawks to address their goaltending and other roster issues.

SPECTOR’S NOTE: The Blackhawks have around $5 million in cap space with center Dylan Strome to re-sign. Seabrook, Shaw and Smith take up roughly $14 million.

SPECTOR’S NOTE: Cap Friendly indicates the Leafs have $1.469 million in salary-cap space. Dubas could bury some salary in the minors.

Pending league call, it will be a two-year, one-way deal for Christian Fischer, per league source. https://t.co/pXmNLc6XtZ