The latest on the Flyers, Islanders and Sabres in today’s NHL rumor mill

“This is the most difficult offseason that I’ve ever seen,” said Fletcher. He feels the NHL is entering the Flat Cap Era. “As crazy as it is right now out there, I think next summer could be even worse in terms of having some paralysis in the market, and having just too many teams having to move money.” 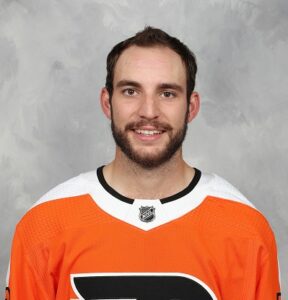 Carchidi observers forwards such as Mike Hoffman, Anthony Duclair, Mikael Granlund and Andreas Athanasiou remain available in the UFA market. However, he doesn’t know if Fletcher will pursue one of them.

SPECTOR’S NOTE: The flattened salary cap could make it more difficult for the Flyers to move Gostisbehere. As per Cap Friendly, the 27-year-old blueliner has three years remaining on his contract with an annual average value of $4.5 million.

THE ATHLETIC: Arthur Staple reports unrestricted free agents Andy Greene and Matt Martin are expected to return with the New York Islanders. The Isles could also be in the market for a bargain third-line winger. He listed Derick Brassard, Carl Soderberg, Erik Haula, Alex Galchenyuk and Riley Sheahan among forwards who might be available for the right price.

Staple added there’s nothing new regarding a recent rumor suggesting the Isles were close to trading defenseman Johnny Boychuk and his $6 million AAV for next season. He speculates perhaps the Isles could interest the New Jersey Devils in winger Leo Komarov, who has a $3 million cap hit for the next two years. Staple also thinks Andrew Ladd is a likely LTIR candidate given his recent injury history.

SPECTOR’S NOTE: The Islanders have $8.9 million in cap space, but a new contract for RFA center Mathew Barzal will likely eat up most of that, while defenseman Ryan Pulock is also due for a significant raise. Pulock has an arbitration hearing scheduled for Nov. 6.

GM Lou Lamoriello must shed salary to re-sign Barzal and Pulock and bring back Greene and Martin. Moving Boychuk could alleviate much of that cap concern, but Lamoriello could be forced to include a draft pick, prospect or young NHL player in the deal.

WGR 550: Brayton J. Wilson believes the Buffalo Sabres should revisit the idea of trading defenseman Rasmus Ristolainen to provide themselves sufficient salary-cap flexibility for next season. The Sabres have a projected $13.645 million available but most of that will be taken up re-signing RFAs such as Sam Reinhart, Victor Olofsson, Casey Mittelstadt and Linus Ullmark and perhaps bring back Dominik Kahun after he wasn’t extended a qualifying offer.

Ristolainen, 25, has two years remaining on his contract with an annual average value of $5.4 million. Wilson feels it may be worthwhile under the current economic conditions to move the blueliner for less than market value, pointing to the Vegas Golden Knights accepting a third-round pick in 2022 from the Vancouver Canucks for Nate Schmidt.

SPECTOR’S NOTE: The Ristolainen trade rumors had the Sabres attempting to move him in exchange for a scoring forward. That need has been addressed with the additions of Taylor Hall and Eric Staal.

It might be easier to move Ristolainen for a draft pick in a cost-cutting deal, but that’s assuming GM Kevyn Adams is willing to move him. Head coach Ralph Krueger apparently thinks highly of the Finnish blueliner and his opinion seems to carry considerable weight within the Sabres’ organization. Ristolainen probably won’t be shopped if Krueger wants him in the fold for next season.

← NHL Morning Coffee Headlines - October 19, 2020 Laine Speculation Features Prominently In Latest NHL Rumor Roundup →
We use cookies on our website to give you the most relevant experience by remembering your preferences and repeat visits. By clicking “Accept”, you consent to the use of ALL the cookies.
Do not sell my personal information.
Cookie SettingsAccept
Manage consent