The latest on the Blackhawks and Avalanche in today’s NHL rumor mill. 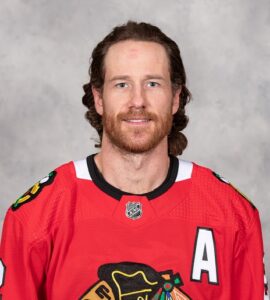 The contracts of Toews and Kane ($10.5 million annually through 2022-23 with full no-movement clauses) are largely untradeable plus they both want to stay with the Blackhawks. Seabrook’s injury history and his full no-movement clause could also keep him in Chicago. However, Lazerus speculates maybe a trade with the expansion Seattle Kraken next summer could be worked out if the blueliner agrees to waive his clause to be nearer his home in Richmond, British Columbia.

Lazerus speculates Keith could be the most likely to be moved. He carries a reasonable $5.538-million AAV but will earn over $6 million in actual salary over the remaining three years of his deal. He also has a full no-movement clause but at 37 doesn’t have as much time to wait on a rebuild.

SPECTOR’S NOTE: Lazerus emphasizes he’s merely speculating and isn’t saying any of those four will be traded anytime soon. A lot can happen over the remaining three years of the respective contracts of Toews, Kane and Keith and the four years on Seabrook’s contract.

Nevertheless, trying to move any of them in the current economic climate would be very difficult even if they were willing to accept a trade. Toews and Kane would attract considerable interest if they hit the trade block but the Blackhawks would have to pick up a big chunk of their respective cap hits or take back a significant toxic contract to facilitate a deal.

THE DENVER POST: Mike Chambers recently noted the Colorado Avalanche were sitting with around $5.2 million in salary-cap space following their recent re-signing of Tyson Jost to a one-year deal. They still must re-sign defenseman Devon Toews, who was recently acquired from the New York Islanders.

Chambers also believes the Avs need to add another defenseman and a physical veteran depth forward to add some toughness to their checking lines.

SPECTOR’S NOTE: Toews’ arbitration hearing is slated for Oct. 31. Cap Friendly indicates he’s coming off a two-year, $1.4 million contract and will seek a significant raise over his $700K AAV.

If general manager Joe Sakic signs Toews for around $2.5 million annually on a short-term deal it should leave enough to bring in a couple of inexpensive UFAs to address those other needs and leave a bit of wiggle room under the cap for other moves during the season.

← NHL Morning Coffee Headlines - October 23, 2020 How Will The Blackhawks Rebuild Affect Their Veteran Core? →
We use cookies on our website to give you the most relevant experience by remembering your preferences and repeat visits. By clicking “Accept”, you consent to the use of ALL the cookies.
Do not sell my personal information.
Cookie SettingsAccept
Manage consent