​A look at two possible trade partners for the Vegas Golden Knights plus an update on Travis Hamonic in today’s NHL rumor mill.

TSN: Travis Yost suggests the Detroit Red Wings and Ottawa Senators as two clubs that could help the Vegas Golden Knights resolve their salary-cap crunch. Both are rebuilding teams with plenty of salary-cap space that could use more scoring punch. 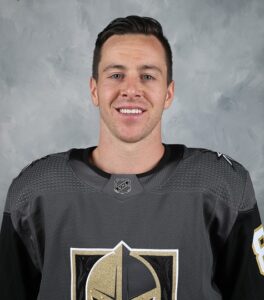 The Golden Knights were reportedly examining the possibility of trading winger Max Pacioretty. They’re also said to be testing the market for winger Jonathan Marchessault. Yost feels Marchessault would be a better fit with the Wings or Senators.

The 29-year-old is three years younger than Pacioretty and carries a more affordable contract. Pacioretty’s annual average value is $7 million while Marchessault’s is $5 million. He also carries an eight-team no-trade clause.

Yost believes Marchessault would immediately improve either club without clogging up a roster spot over the long term. Because the Golden Knights can’t take on salary and remain a Stanley Cup contender, they’ll be looking for a cheaper replacement and futures. “That sort of price is digestible for a 29-year-old signed through 2023-24 and on a back-diving, team-friendly contract.

SPECTOR’S NOTE: Cap Friendly indicates Marchessault will earn $5 million in actual salary for 2020-21 and ’21-’22, dropping to $3.5 million annually over the final two seasons. His $5 million AAV would become worthwhile if the Wings or Senators wish to maintain payrolls near the salary-cap minimum in the final years of his deal.

Whether the Wings or Senators see Marchessault fitting into their plans remains to be seen. This could be irrelevant if those two clubs are on his no-trade list and he’s unwilling to waive it

TSN 1040 VANCOUVER: During yesterday’s “Donnie and Moj” show, Bob Marjanovich said he’d heard the Canucks and Calgary Flames were interested in Travis Hamonic. Both clubs have limited cap space, meaning they’d have to shed some salary to sign the free-agent defenseman.

SPECTOR’S NOTE: The Canucks are over the $81.5 million cap by $1.5 million while the Flames have just over $1 million in cap space with restricted free agent defenseman Oliver Kylington to sign.

Vancouver could get some cap relief if winger Micheal Ferland ($3.5 million) begins the season on long-term injury reserve because of lingering head trauma symptoms. Signing Kylington will eat up most of the Flames’ cap space.

It’s believed Hamonic will end up with a one-year contract because of the current economic situation. He’ll try to sign with the highest bidder but could prefer staying in Western Canada.

The Manitoba native has been linked to the Winnipeg Jets. They’re above the cap by over $697K but will get $5.29 million in cap relief when Bryan Little (ear) is placed on LTIR. They must also sign Jack Roslovic but there’s talk they could trade the RFA winger. Hamonic could be a fit with the Jets if they don’t Roslovic for a blueliner.

← NHL Morning Coffee Headlines - December 15, 2020 NHL Morning Coffee Headlines - December 16, 2020 →
We use cookies on our website to give you the most relevant experience by remembering your preferences and repeat visits. By clicking “Accept”, you consent to the use of ALL the cookies.
Do not sell my personal information.
Cookie SettingsAccept
Manage consent