​How will the Bruins replace Zdeno Chara? Are any moves coming for the Penguins before the season opens? Find out in today’s NHL rumor mill.

HOW WILL THE BRUINS REPLACE CHARA?

THE ATHLETIC: Fluto Shinzawa reports the Boston Bruins could go with one of the younger defensemen within their system to fill the gap on their blueline left by the departure of Zdeno Chara. The former Bruins captain yesterday signed a one-year deal with the Capitals. 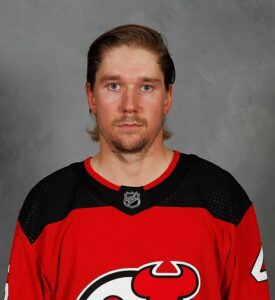 The Boston Bruins are said to be interested in free-agent defenseman Sami Vatanen (NHL Images).

Management will likely evaluate the roster during training camp to determine if they need to make a move. Given Neely’s remarks and the rumors they’re checking out free-agent options, it wouldn’t be surprising if they add a veteran left-side rearguard before the season opens on Jan. 13.

THE ATHLETIC: Josh Yohe reports Rutherford doesn’t intend to make any trades before the season opens on Jan. 13. “I would say it’s highly unlikely,” said the Penguins GM, adding he wants to see his club play and see what they have.

SPECTOR’S NOTE: Rutherford is a proven wheeler-dealer so we shouldn’t rule out the possibility he’ll make a trade before the season begins. That probably won’t happen, however, until he gets an opportunity to evaluate his roster in training camp.

← NHL Morning Coffee Headlines - December 31, 2020 Jets, Blackhawks and Bruins Prominent in Year-End NHL Rumor Roundup →
We use cookies on our website to give you the most relevant experience by remembering your preferences and repeat visits. By clicking “Accept”, you consent to the use of ALL the cookies.
Do not sell my personal information.
Cookie SettingsAccept
Manage consent