​Are the Flyers in the market for a defenseman? What does the Jets’ acquisition of Pierre-Luc Dubois mean for Paul Stastny? What’s the latest on the Ducks? Find out in today’s NHL rumor mill.

THE ATHLETIC: Charlie O’Connor believes the Philadelphia Flyers aren’t going to rush into the trade market to address their recent struggles. Two-way center Sean Couturier is sidelined while the defense is bereft of puck-moving blueliners beyond Ivan Provorv and Travis Sanheim.

O’Connor points out it is only two weeks into the season and the only players on the trade market are those demanding to be moved or those who’ve been available for months because of bad contracts or poor fits with their current teams. 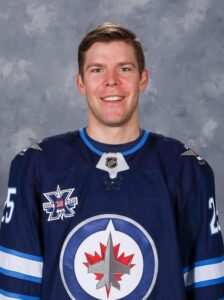 SPECTOR’S NOTE: That last blurb is probably aimed at recent speculation tying the Flyers to Florida Panthers defenseman Keith Yandle and Detroit Red Wings blueliner Danny DeKeyser. Philadelphia rearguard and South Florida native Shayne Gostisbehere were linked to Yandle but O’Connor indicates the Flyers intend to use him in the lineup once he’s off the COVID-19 protocol list.

SPORTSNET: In the wake of the Winnipeg Jets shipping Patrik Laine and Jack Roslovic to Columbus for center Pierre-Luc Dubois last Saturday, Luke Fox is curious about where the Jets and current second-line center Paul Stastny go from here.

The Jets brought back Stastny last fall in a trade with the Vegas Golden Knights. He’s beloved by teammates and the coaching staff but the 35-year-old center becomes an unrestricted free agent this summer. Fox wonders if Stastny will take a pay cut to stay with the Jets as a No. 3 center or try to find a second-line center role elsewhere via free agency.

SPECTOR’S NOTE: Stastny’s had a long and production NHL career but he’s also at the age when skills and speed inevitably erode. If he has a decent performance this season he might be wise to consider sticking with the Jets. I doubt many teams will be in the market for a center turning 36 in December seeking second-line work.

THE ATHLETIC: Eric Stephens points out Anaheim Ducks GM Bob Murray attempted to acquire Justin Faulk, Kasperi Kapanen and Pierre-Luc Dubois over the past 18 months. He was also linked to Patrik Laine before the winger was shipped to Columbus. Fairly or not, it could reflect poorly on Murray’s ability to close a big trade.

Stephens wonders if the asking price for Dubois was top prospect Trevor Zegras. If so, Murray might be proven right not to part with Zegras or promising defenseman Jamie Drysdale. He doubts the Ducks GM could’ve put together a sufficient package to land Laine.

SPECTOR’S NOTE: The Ducks are at a point right now where they’ll have to gut it out with what they’ve got this season and hope for the best.

Stephens also pointed out the Ducks lack sufficient cap space to part with inexpensive assets to land expensive, established young talent. Trading away Zegras and/or Drysdale would’ve been gutting the pieces necessary for their long-overdue rebuild. They also lack suitable talent to do a dollar-for-dollar swap that could improve their roster.

← NHL Morning Coffee Headlines - January 26, 2021 Bergevin's Offseason Roster Moves Have Canadiens Flying →
We use cookies on our website to give you the most relevant experience by remembering your preferences and repeat visits. By clicking “Accept”, you consent to the use of ALL the cookies.
Do not sell my personal information.
Cookie SettingsAccept
Manage consent