​Recent speculation on the Penguins, Avalanche and Rangers in today’s NHL rumor mill. 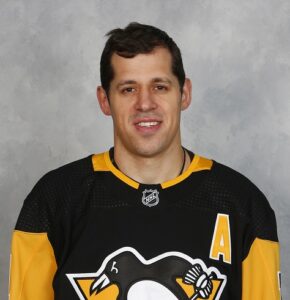 Yohe believes the summer of 2022 could be crucial for the Penguins, as Evgeni Malkin and Kris Letang will become eligible for unrestricted free agency. Malkin will be 36 by then, Letang 35. Rutherford feels it will be key to plug in one or two impact players in their mid-20s into the roster.

For now, Rutherford isn’t expected to make any immediate deals. He wants to evaluate the current roster to see what they have to offer.

SPECTOR’S NOTE: It’ll be interesting to see if the Penguins move on from aging core players like Malkin and Letang next year or retain them on more affordable, short-term contracts. If Rutherford’s intent is to make a big splash or two in the 2022 free-agent market for younger impact players, there might not be enough cap space to retain those veteran stars.

COLORADO HOCKEY NOW: Adrian Dater recently reported Bowen Byram’s solid performance for Canada during the 2021 World Junior Championship have the Colorado Avalanche considering a trade to free up a roster spot for the young defenseman.

Dater doubts this move would happen before February. Nevertheless, he considers Ian Cole a likely trade candidate. The veteran blueliner is eligible for UFA status this summer with a salary cap hit of $4.25 million for this season.

SPECTOR’S NOTE: Byram has considerable potential and could crack the Avs’ lineup soon. However, there’s no need to rush him. They can take their time and see how things unfold.

Cole lacks no-trade protection but moving him won’t be easy. It could involve packaging him with a sweetener to a team with sufficient cap space to take on his contract.

NEW YORK POST: Larry Brooks reports the Rangers have checked in with free agent Brian Boyle. They need help in the faceoff circle plus there are questions about a vacuum of veteran leadership as well as the makeup and role of the fourth line.

Brooks feels the former Ranger could address those issues but the club informed Boyle they’re taking a wait-and-see approach with their young players. Meanwhile, several other clubs have also reached out to the veteran center.

← NHL Morning Coffee Headlines - January 7, 2021 Bruins Name Bergeron As New Captain →
We use cookies on our website to give you the most relevant experience by remembering your preferences and repeat visits. By clicking “Accept”, you consent to the use of ALL the cookies.
Do not sell my personal information.
Cookie SettingsAccept
Manage consent