What the Penguins hiring Ron Hextall and Brian Burke could mean for the club going forward in today’s NHL rumor mill.

SPORTSNET: Rory Boylen wonders what’s in store for the Pittsburgh Penguins following their hiring of Ron Hextall as general manager and Brian Burke as president of hockey operations. Hextall has a reputation for patiently building a team while Burke is known for his aggressive moves.

There’s no indication they’ll move away from ownership’s current win-now mentality. Nevertheless, Boylen questions how much their current core of talent has left in the tank. Team captain Sidney Crosby and defenseman Kris Letang are 33 while Evgeni Malkin is 34. The latter two have contracts that expire at the end of next season. 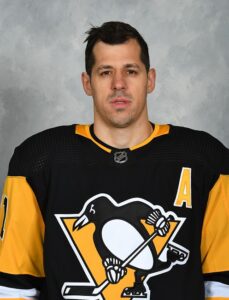 Boylen ponders what will happen if the Penguins miss the playoffs or suffer another early elimination. Do they re-sign Letang and Malkin or move in a different direction?

PITTSBURGH POST-GAZETTE: Paul Zeise also deliberates over how well Hextall and Burke will work together. He suggests perhaps Hextall will focus on the draft, scouting prospects and building up the foundation while Burke can focus on trying to give the Penguins a chance of winning the Stanley Cup around their current core.

Zeise believes the first order of business is to upgrade the goaltending. However, he admits that’s easier said than done. He questioned who has the priority when it comes to making big decisions on personnel, and at what point do they decide the Penguins are no longer Cup contenders and try to retool by dumping some of their big-name players.

TSN: Darren Dreger recently reported on the possibility Crosby and Malkin might not finish their careers in Pittsburgh. Asked how their futures could be affected by the hiring of Hextall and Burke, Dreger believes it depends upon the conversations they have with those two and Letang about the club’s direction. That could happen in the short term and perhaps in the offseason.

ESPN.COM: Greg Wyshynski included Malkin’s situation among the five factors facing Hextall and Burke. Multiple sources indicate ownership’s unwillingness to move Malkin and Letang. He noted the Penguins have been approached in recent years with tantalizing offers for Malkin that could help the club in the short and long term only to be rebuffed.

A top priority is figuring out where Malkin and Letang fit best. If it’s not with the Penguins, they’ll have to convince ownership to buy into that.

PITTSBURGH HOCKEY NOW: Dan Kingerski feels Hextall and Burke made it clear during their introductory press conference yesterday that moving Letang or Malkin is unlikely at least for this season. They and Crosby were cited as the top players to build around.

SPECTOR’S NOTE: Attempting to build up the roster around Crosby, Malkin and Letang is the short-term goal for Hextall and Burke. That’s not going to be easy during a pandemic-shortened season when most teams have limited salary-cap space and trades between Canadian and American clubs are hampered by tight border restrictions.

Hextall and Burke might not shake things up right away if the Penguins fall short this season because of ownership’s insistence on sticking with their aging core. The goal this summer could become restocking their prospect cupboard while attempting to make trades and/or free-agent signings that provide immediate help, especially if they can land younger talent. They could also open contract-extension talks with Letang and Malkin or put those off until the end of next season.

The Penguins, however, have limited cap room for 2021-22. Cap Friendly indicates they have $79.3 million invested in 17 players. With the cap expected to remain at $81.5 million, there’s little wiggle room for free-agent additions while trades would have to be dollar-for-dollar.

If the Penguins fail to improve next season, Hextall and Burke will have no choice but to convince ownership that it’s time for big changes. That means deciding whether to re-sign Letang and Malkin, assuming they haven’t already been signed to new deals. It could also mean shopping them before next year’s trade deadline.

Preparing for a rebuild will also mean determining whether Crosby wants to be part of it. He’s signed through 2024-25 so there’s not as much urgency about his situation as there is with Letang and Malkin. Still, the front office will have to have that discussion with their captain sooner or later.

← NHL Morning Coffee Headlines - February 10, 2021 NHL ProteauType: Roster Changes Coming for Flames, Canucks? →
We use cookies on our website to give you the most relevant experience by remembering your preferences and repeat visits. By clicking “Accept”, you consent to the use of ALL the cookies.
Do not sell my personal information.
Cookie SettingsAccept
Manage consent