​Could the Penguins pursue Ducks goalie John Gibson? Are the Flames any closer to trading Sam Bennett? Check out the latest in today’s NHL rumor mill.

FLORIDA HOCKEY NOW: Jimmy Murphy reports an NHL source hinted John Gibson and his agent are concerned about the direction of the Anaheim Ducks. Gibson’s goaltending is the reason the Ducks are in playoff contention despite their weak offense. 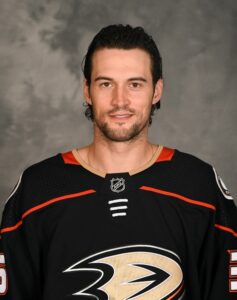 Another source wondered if the Pittsburgh Penguins might pursue Gibson. Brian Burke, the Penguins’ new president of hockey operations, still has connections with the Ducks.

SPECTOR’S NOTE: Gibson has every reason to be concerned about the direction of the Ducks. He’s in the second season of an eight-year, $51.2 million contract. He could be reluctant to spend most of it backstopping a rebuilding club.

There’s no indication Gibson or his agent have approached Ducks general manager Bob Murray about a trade. We also don’t know if any teams are calling about Gibson’s availability but it wouldn’t surprise me if there have been some inquiries.

The Penguins have limited salary-cap space for this season and next. If they were to pursue Gibson they must shed around $6 million in cap space to make room for his annual average value.

And no, I don’t believe Murray would absorb part of Gibson’s cap hit to make a trade happen. For that matter, I don’t think he has any intention of trading his starter. Still, assuming he would make that move, he won’t want any more dead cap space than what he’s currently got with Corey Perry’s buyout counting against the books to the end of 2022-23.

THE LATEST ON BENNETT

CALGARY SUN: Daniel Austin observed how talk of the Flames trading forward Sam Bennett has cooled since they put him on a line with Johnny Gaudreau and Sean Monahan. He also pointed out how recent injuries to Derek Ryan, Mikael Backlund and Elias Lindholm have depleted the Flames’ forward depth.

THE ATHLETIC: Eric Duhatschek recently examined Bennett’s situation, suggesting placing him with Gaudreau and Monahan was either to heal whatever rift exists or showcase him for a trade.

This summer’s expansion draft could also a concern. Duhatschek suggested it might be worthwhile for the Flames to explore getting a valuable asset like a draft pick or a draft-exempt prospect for Bennett rather than risk losing him for nothing to the Seattle Kraken.

The Toronto Maple Leafs would be a good fit if it weren’t for their limited salary-cap space. Other options could be rebuilding clubs such as the Detroit Red Wings, Los Angeles Kings and Ottawa Senators.

SPECTOR’S NOTE: Bennett hasn’t kicked up a fuss about being moved so it seems Flames GM Brad Treliving has decided to ignore his agent’s trade request. Then again, putting him alongside Gaudreau and Monahan could’ve been the motive all along by the Bennett camp. Perhaps Treliving shopped around but hasn’t yet found a suitable offer. Maybe he’s decided to wait until this summer because he needs Bennett for the playoffs.

Whatever the reason, Bennett no longer seems the trade certainty he was earlier this month. That could change with one phone call but that might not be coming anytime soon.

← NHL Morning Coffee Headlines - February 15, 2021 Crosby, Malkin and Letang Dominate The NHL Rumor Mill →
We use cookies on our website to give you the most relevant experience by remembering your preferences and repeat visits. By clicking “Accept”, you consent to the use of ALL the cookies.
Do not sell my personal information.
Cookie SettingsAccept
Manage consent