​Are the Ducks and Canucks closing in on a deal? What’s the latest on Bobby Ryan? Will the struggling Stars seek help in the trade market? Read on to find out in the Sunday NHL rumor roundup.

SPORTSNET (via KUKLA’S KORNER): Elliotte Friedman weighed in on recent speculation linking the Anaheim Ducks to Vancouver Canucks winger Jake Virtanen. The two clubs have been trying to see if they can work something out.

Friedman noted there was talk on “Vancouver Twitter” suggesting a one-for-one swap of Virtanen for winger Danton Heinen. He believes it’s unlikely to happen because of salary concerns.

SPECTOR’S NOTE: “Vancouver Twitter” being Rick Dhaliwal and Thomas Drance, who cover the Canucks for The Athletic. Dhaliwal mentioned Heinen’s name had popped up while Drance indicated nothing was imminent and momentum in those trade discussions had slowed.

The Ducks, however, are understandably reluctant to take on Virtanen’s full $3.4 million for next season. It’ll be interesting to see if the two sides can find an agreeable solution. 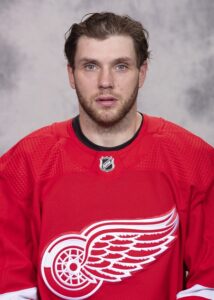 MLIVE.COM: Ansar Khan reported Bobby Ryan expects to have a conversation soon with Detroit Red Wings general manager Steve Yzerman. The 33-year-old winger admitted he knew he could be moved before the Apr. 12 trade deadline if he was playing well.

Ryan, however, also said he enjoys playing for the Wings and his family has grown fond of their new home. He didn’t rule out the possibility of returning to Detroit as a free agent this summer.

SPECTOR’S NOTE: Ryan is the Wings’ leading scorer with six goals and 12 points in 22 games. Those are respectable numbers for an aging forward on a rebuilding club. He’s bound to draw interest from playoff contenders as the trade deadline approaches. Yzerman would welcome Ryan back with open arms if he wants to return this summer via free agency.

THE DALLAS MORNING NEWS: Matthew DeFranks reported the possibility of Roope Hintz not being at full strength for the rest of the season could be a big blow for the Dallas Stars. They’re already missing Tyler Seguin while Hintz is their other offensive center. Seguin isn’t expected back until April. Joe Pavelski can play center but no one else can fill the offensive gaps down the middle.

Stars GM Jim Nill dismissed the notion of acquiring a scoring center, pointing out the difficulty of finding a player comparable to Hintz or Seguin through the trade market. The salary cap is also a limiting factor, especially with Seguin and goaltender Ben Bishop eventually coming off long-term injury reserve. Another factor is the possibility of injuries in a compressed schedule.

SPECTOR’S NOTE: In other words, don’t expect a big move by the Stars leading up to the trade deadline. Other clubs will also have similar issues in terms of limited salary-cap space and concern over injuries over the remainder of this shortened season.