NHL.COM: Tyler Johnson scored the winning goal in the third period as the Tampa Bay Lightning defeat the Florida Panthers 5-3. Brayden Point and Yanni Gourde each had a goal and an assist for the Lightning. They’ve won four straight and sit atop the Discover Central Division with 48 points, opening a four-point lead over the Panthers. It was a costly win for the Lightning as defenseman Ryan McDonagh left the game with a lower-body injury. 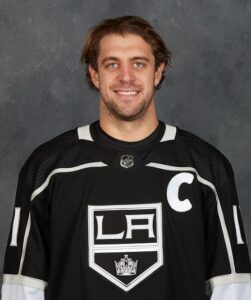 The Los Angeles Kings downed the Vegas Golden Knights 3-1 to snap the latter’s five-game win streak. Goaltender Cal Petersen made 41 saves and Anze Kopitar collected two assists for the Kings (32 points), who sit five points behind the fourth-place St. Louis in the Honda West Division. Vegas winger Max Pacioretty was scratched from this contest with a lower-body injury and is listed as day-to-day. The Golden Knights (43 points) sit atop the West Division.

An overtime goal by Jesper Bratt lifted the New Jersey Devils to a 2-1 victory over the Pittsburgh Penguins. Sidney Crosby scored for the Penguins and Sami Vatanen replied for the Devils, who got a 35-save performance by Mackenzie Blackwood. Pittsburgh (40 points) picked up a point to open a four-point lead over the fourth-place Boston Bruins in the MassMutual East Division. Penguins forward Brandon Tanev missed the game with an undisclosed injury and is considered day-to-day.

The Nashville Predators overcame a two-goal deficit to nip the Dallas Stars 4-3 on a shootout goal by Calle Jarnkrok. Eeli Tolvanen had a three-point performance, including scoring the game-tying goal. With the win, the Predators (29 points) moved within four points of the fourth-place Columbus Blue Jackets in the Central. Stars forwards Radek Faksa and Joel Kiviranta left the game with lower-body injuries.

SPECTOR’S NOTE: A seventh-round pick by the Kings in 2015, Roy has steadily risen up the club’s blueline depth chart since his debut in 2018. He skates on their second defense pairing and has become a reliable presence on the blue line.

SPECTOR’S NOTE: J.J. Regan speculates this move could be insurance for this summer’s expansion draft as the Capitals could lose a rearguard like Justin Schultz or Nick Jensen to the Seattle Kraken.

THE PROVINCE: The Vancouver Canucks have had preliminary discussions with local health officials about a plan to host some fans at Rogers Arena this season. The Montreal Canadiens have also pitched the Quebec government about allowing a limited number of fans at the Bell Centre.

SPECTOR’S NOTE: Currently none of the seven Canadian franchises are allowing fans in their arenas. The Edmonton Oilers, Toronto Maple Leafs and Ottawa Senators have also broached the subject with their respective provincial governments. Much will depend upon COVID-19 case counts and vaccine distribution. If all goes well, whatever four Canadian clubs qualify for the playoffs in May could be allowed to welcome back some fans for postseason games.

← Sunday NHL Rumor Roundup - March 21, 2021 NHL Rumor Mill - March 22, 2021 →
We use cookies on our website to give you the most relevant experience by remembering your preferences and repeat visits. By clicking “Accept”, you consent to the use of ALL the cookies.
Do not sell my personal information.
Cookie SettingsAccept
Manage consent