​A look at some potential goalie trade bait, the obstacles facing teams in this year’s trade market plus the latest on the Hurricanes, Jets, Islanders, Penguins and more in today’s NHL Rumor Mill.

SPECTOR’S NOTE: Driedger’s a pending unrestricted free agent but I don’t see the Panthers trading him while they’re among the top three clubs in the Discover Central Division. The same goes for Korpisalo and Merzlikins as the Jackets remain in the playoff chase. Besides, they both have a year left on their contracts so there’s no rush to move either guy at the deadline.

If the Coyotes trade Kuemper I believe that happens in the offseason when they could get a better return from a club with cap space. If Miller wanted one last shot at winning a Stanley Cup he would’ve signed with a contender instead of the Ducks. He’s happy in Anaheim and I doubt he has any intention of leaving.

Quick has two more years left on his contract worth $5.8 million. I don’t see much interest in him given the current cap situation. Even if the Kings picked up half of his cap hit he’s still a declining asset with a long injury history.

Bernier, Dubnyk and Raanta are pending UFAs and thus more likely to move. Khudobin could be intriguing to some clubs and he carries an affordable $3.33 million annual average value, but he’s 34 and that contract has two more years on it.

NHL.COM: Dan Rosen reports most NHL clubs are still trying to navigate through quarantine protocols and a flat salary cap as the April 12 trade deadline approaches. He also adds the cost of top rental players such as Buffalo’s Taylor Hall and Eric Staal and New Jersey’s Kyle Palmieri could be a high draft pick and a top prospect. Those in the rumor mill with term on their contracts, such as Nashville’s Mattias Ekholm and Filip Forsberg, could be more expensive. 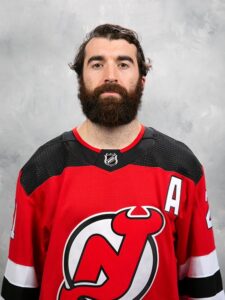 Some teams, such as the Toronto Maple Leafs and New York Islanders, are in the market to add players before the deadline. The Islanders have additional salary-cap flexibility after placing captain Anders Lee (knee injury) and his $7 million cap hit on long-term injury reserve.

SPECTOR’S NOTE: Any significant movement by Canadian teams could come by the end of March. If they wait until the deadline any player acquired from American franchises will be unavailable until April 27 after they’ve cleared the mandatory 14-day quarantine for people crossing the US border into Canada. That won’t leave them much time to adjust to their new teams before the playoffs open on May 11.

LATEST ON THE HURRICANES, JETS AND SHARKS

TSN: Frank Seravalli reports Carolina Hurricanes general manager Don Waddell said he and Dougie Hamilton’s camp have agreed to table contract extension talks until the season is over. Hamilton is in the final season of a six-year, $34.5 million contract and is slated for UFA eligibility this summer.

Waddell also said he believes his club is close to a contract extension for head coach Rod Brind’Amour. He could be willing to tinker with his roster before the trade deadline, citing a need for a right-shot defenseman and perhaps a top-nine forward.

SPECTOR’S NOTE: Waddell doesn’t have to make any significant moves with his club battling for first place in the Central Division. However, he alluded to team owner Tom Dundon’s competitive nature and desire to ice the best team possible. The Hurricanes will be worth watching as the trade deadline nears. Dundon’s wish to turn them into a Stanley Cup contender could push Waddell into the market.

SPORTSNET: Ken Wiebe reports the expectation remains the Winnipeg Jets will try to add a defenseman to play on one of their top-two pairings. The best trade target remains Nashville’s Mattias Ekholm. Columbus’ David Savard could be out of the picture given the Blue Jackets’ recent rise into playoff contention in the Central Division.

Another option could be Anaheim’s Josh Manson. Like Ekholm, he has a year remaining on his contract. The asking price for Ekholm will be high while injuries have limited Manson to six games this season. Wiebe also suggests keeping an eye on Buffalo’s Rasmus Ristolainen.

SPECTOR’S NOTE: The Jets must be careful taking on a defenseman with term on his contract (Ekholm, Manson, Ristolainen) as that could complicate their expansion draft protection list for their blueline. A rental such as Savard or perhaps Vancouver’s Travis Hamonic might be the way to go here unless they work out a deal with the Seattle Kraken before the expansion draft.

NBC SPORTS BAY AREA: Alex Didion cited a report by The Athletic’s Kevin Kurz indicating Patrick Marleau would be open to a trade that sends him to a playoff contender before the April 12 deadline.

SPECTOR’S NOTE: But are playoff contenders open to acquiring a fading winger like the 41-year-old Marleau at the trade deadline? He has just five points in 30 games this season.

UPDATES ON THE ISLANDERS, PENGUINS AND DUCKS

THE ATHLETIC: Arthur Staple reports acquiring a first-line winger remains the New York Islanders’ priority. He believes Columbus’ Nick Foligno could be off the Isles’ list of targets owing to the Jackets’ recent rise in the Central standings. Vancouver’s Tanner Pearson has been sidelined a month, curtailing the Canucks’ trade options.

Sean Gentille, Rob Rossi and Josh Yohe report the Pittsburgh Penguins aren’t shopping defenseman Marcus Pettersson. Despite their left-side blueline depth, they’re reluctant to move a blueliner given the schedule and need for depth to secure a playoff spot. They also rejected a rumor linking the Penguins to Buffalo’s Sam Reinhart, citing the club’s lack of cap space and available assets to pry him away from the Sabres.

Pierre LeBrun reports Anaheim Ducks general manager Bob Murray could attempt to trade a few veteran players between now and the start of next season as he transitions his roster toward younger players. However, most of those moves might not come until the offseason. Murray admits things are quiet in the trade market due to the pandemic, the flattened salary cap, and this summer’s expansion draft.

Murray doesn’t have many rental players to shop. The Ducks GM could instead look for a hockey deal, with LeBrun suggesting winger Rickard Rakell making the most sense. Rakell is a good two-way winger with an affordable $3.78 million cap hit through next season.

← NHL Morning Coffee Headlines - March 23, 2021 NHL Playoff Races Worth Watching →
We use cookies on our website to give you the most relevant experience by remembering your preferences and repeat visits. By clicking “Accept”, you consent to the use of ALL the cookies.
Do not sell my personal information.
Cookie SettingsAccept
Manage consent