​A record-setting performance for Leafs goaltender Jack Campbell, the NHL extends the end of the regular season as the Canucks get a date to return to action, and more in today’s NHL morning coffee headlines

NHL.COM: Toronto Maple Leafs goaltender Jack Campbell set an NHL record with his 11th consecutive win in a 6-5 victory over the Ottawa Senators. Toronto center Auston Matthews tallied a hat trick to push his league-leading goal total to 31. The Leafs sit atop the Scotia North Division and the NHL overall standings with 59 points. 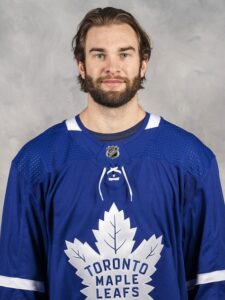 Connor Hellebuyck turned aside 19 shots as the Winnipeg Jets shut out the Montreal Canadiens 5-0. Nikolaj Ehlers, Mathieu Perreault and Andrew Copp each had a goal and an assist as the Jets (53 points) hold a one-point lead over the Edmonton Oilers for second place in the North.

Speaking of the Oilers, they were blanked 5-0 by the Calgary Flames. Jacob Markstrom made 17 saves for the shutout while Johnny Gaudreau and Mark Giordano each had a goal and an assist. The Flames (37 points) are six points back of the fourth-place Canadiens.

SPECTOR’S NOTE: The Oilers were listless in this game for a good reason. The NHL rescheduled this game for Saturday despite the fact the Oilers had previously scheduled a memorial service earlier in the day for their late teammate Colby Cave. Cave passed away a year ago today. Oilers captain Connor McDavid and his teammates justifiably questioned the league’s decision to play that game following the service.

A shootout goal by Adam Erne gave the Detroit Red Wings a 5-4 win over the Carolina Hurricanes. Martin Necas and Dougie Hamilton each had a goal and an assist for Carolina. The Hurricanes are tied with the Tampa Bay Lightning with 58 points but hold first place in the Discover Central Division over the Lightning because they hold a game in hand.

Andrei Vasilevskiy had a 36-save shutout performance to carry his Tampa Bay Lightning over the Nashville Predators 3-0. Yanni Gourde had a goal and an assist. Nashville holds fourth in the Central with 45 points. Predators defenseman Ryan Ellis returned to action after missing 20 games with an upper-body injury.

The Florida Panthers (56 points) suffered their third straight defeat by dropping a 4-1 decision to the Dallas Stars. Jason Robertson scored twice and Anton Khudobin made 20 saves as the Stars (40 points) moved to within five points of the fourth-place Predators in the Central Division. The Panthers slipped to third place, two points behind the Hurricanes and Lightning.

A four-goal rally by the Chicago Blackhawks enabled them to overcome a 2-0 deficit and hold off the Columbus Blue Jackets 4-3. Alex DeBrincat had a goal and an assist for the Blackhawks (43 points), who sit two points behind the Predators.

An overtime goal by Ryan O’Reilly lifted the St. Louis Blues over the Minnesota Wild 3-2. Mike Hoffman scored twice for St. Louis in his first game after being a healthy scratch from the previous two contests. The Blues regains fourth place in the Honda West Division with 44 points, one ahead of the Arizona Coyotes.

Dustin Brown, Jeff Carter and Andreas Athanasiou each had a goal and an assist as the Los Angeles Kings doubled up the San Jose Sharks 4-2. The loss leaves the Sharks stalled in sixth place in the West with 40 points, four back of the Blues.

Sean Couturier snapped a 2-2 tie in the third period as his Philadelphia Flyers edged the Boston Bruins 3-2. Travis Konecny had a goal and an assist and Brian Elliott made 30 saves as the Flyers (44 points) moved within four points of the fourth-place Bruins in the MassMutual East Division. Boston defenseman Matt Grzelcyk left the game after the second period with an upper-body injury.

The NHL announced the Vancouver Canucks can return to play on Friday, April 16 after having eight games postponed due to a COVID-19 outbreak. The Canucks last played on March 24. The league also announced it is extending the regular-season schedule to May 16 to allow the Canucks sufficient time to complete those games.

SPECTOR’S NOTE: The regular season was originally slated to end on May 8. It had been extended once already to May 11.

NBC SPORTS CHICAGO: The Blackhawks held forward Mattias Janmark out of last night’s game against the Columbus Blue Jackets. Coach Jeremy Colliton said it was an organizational decision and not based on Janmark’s performance.

← NHL Trade Deadline: Top 5 Central Division Trade Candidates Sunday NHL Rumor Roundup - April 11, 2021 →
We use cookies on our website to give you the most relevant experience by remembering your preferences and repeat visits. By clicking “Accept”, you consent to the use of ALL the cookies.
Do not sell my personal information.
Cookie SettingsAccept
Manage consent