NHL.COM: The Toronto Maple Leafs became the first team in the Scotia North Division to clinch a playoff spot by dropping the Montreal Canadiens 4-1. Joe Thorton reached a milestone by collecting his 1,100th career NHL assist while Auston Matthews tallied his league-leading 35th goal of the season. The Leafs sit atop the division with 67 points while the Canadiens are in fourth place with 51 points. Earlier in the day, the Canadiens announced Jonathan Drouin was taking an indefinite leave of absence for personal reasons. 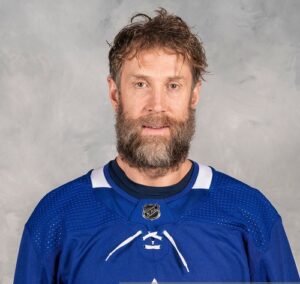 SPECTOR’S NOTE: Thornton is just the seventh player in league history to reach 1,100 assists. Paul Coffey sits in sixth place with 1,135. With 1,524 points, Thornton is only seven behind Coffey (1,531) for 13th on the all-time list.

Drouin’s faced criticism from fans and pundits (myself included) for his play this season. We don’t know why he’s taken this leave of absence and it’s none of our business. Here’s hoping he gets whatever assistance is needed to help him cope with his situation and return to action.

Edmonton Oilers captain Connor McDavid collected three assists in a 3-1 victory over the Winnipeg Jets. Ryan Nugent-Hopkins and Tyson Barrie each had a goal and an assist as the Oilers (60 points) sit three points ahead of the Jets for second place in the North. The Jets have lost five straight games.

SPECTOR’S NOTE: McDavid has a league-leading 84 points with nine games left in the season. He’s scoring at a pace not seen since Mario Lemieux in 1995-96. At his current rate of production, he could still reach 100 points.

The Vegas Golden Knights extended their winning streak to 10 games by downing the Colorado Avalanche 5-2. Mark Stone and Max Pacioretty led the way with three points each for the Golden Knights (72 points), opening a six-point lead over the second-place Avalanche in the Honda West Division.

Third-period goals by Mike Hoffman, Jordan Kyrou and Robert Thomas rallied the St. Louis Blues over the Minnesota Wild 4-3. Hoffman scored twice for the Blues (50 points) as they opened a three-point lead over the Arizona Coyotes for fourth place in the West. The Wild (65 points) saw their seven-game win streak snapped. They remain one point behind the Avalanche.

Speaking of the Coyotes, they dropped a 4-2 decision to the San Jose Sharks. Evander Kane tallied his 20th goal of the season.

The Ottawa Senators rode a four-goal second period to a 6-3 victory over the Vancouver Canucks. Brady Tkachuk led the way for the Senators with a “Gordie Howe hat trick”.

Cam Fowler scored the game-winner as the Anaheim Ducks edged the Los Angeles Kings 3-2. The Ducks, however, are officially eliminated from playoff contention. Kings center Quinton Byfield recorded four shots on goal in his NHL debut.

← NHL Draft Odds: A Different Race For The Number One Pick NHL Rumor Mill - April 29, 2021 →
We use cookies on our website to give you the most relevant experience by remembering your preferences and repeat visits. By clicking “Accept”, you consent to the use of ALL the cookies.
Do not sell my personal information.
Cookie SettingsAccept
Manage consent