​Could the Rangers pursue a veteran defenseman this summer? Which pending free agents will the Red Wings keep? Check out the latest in today’s NHL rumor mill.

NEW YORK POST: Larry Brooks recently reported the Rangers were a finalist in the offseason Zdeno Chara sweepstakes before the 44-year-old defenseman signed with the Washington Capitals. Brooks feels they need to add a veteran presence to their blue line. Someone in their mid-to-late 20s or even in their thirties from a winning program, preferably with a Stanley Cup on his resume, would be ideal. 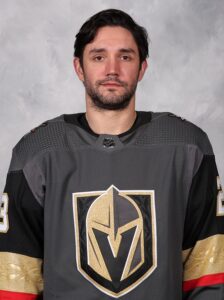 SPECTOR’S NOTE: The Rangers could look into this year’s unrestricted free agent market to address that need. The one who best fits that description is Vegas’ Alec Martinez (33), who won two Stanley Cups with the Los Angeles Kings. Chara could also be available again but he might still prefer playing for Cup contenders if he decides to return for another season. Minnesota’s Ian Cole and Toronto’s Zach Bogosian also have Stanley Cups on their resume but aren’t as skilled as Martinez or as respected as Chara.

The top defenseman potentially available is Carolina’s Dougie Hamilton but he’ll be expensive to sign. The Blueshirts could prefer more affordable options given their depth in young players and the cost of re-signing some of them over the next couple of years.

St. James considers Glendening a lock to be re-signed given his presence in the dressing room and his work ethic and professionalism. Bernier is a close second because he gives the Wings a chance to win every game he plays plus they lack an NHL-ready netminder in their farm system.

Ryan and/or Gagner could be re-signed depending on the circumstances. Perhaps one-year deals can be worked out for Helm and Staal. Filppula isn’t expected back as he was a healthy scratch until injuries forced otherwise.

SPECTOR’S NOTE: Cap Friendly shows the Red Wings with just $33.4 million invested in only nine players for 2021-22. They can easily afford to re-sign most or all of those aforementioned UFAs to cost-effective one-year contracts if they wish. How many of them want to return with the rebuilding Wings remains to be seen. Guys like Glendening and Bernier could draw interest from playoff contenders if they test the open market.

← NHL Morning Coffee Headlines - April 28, 2021 NHL ProteauType: Five NHLers Worth Taking A Chance on In Your Playoff Pool →
We use cookies on our website to give you the most relevant experience by remembering your preferences and repeat visits. By clicking “Accept”, you consent to the use of ALL the cookies.
Do not sell my personal information.
Cookie SettingsAccept
Manage consent