The Golden Knights tie their semifinal series with an OT win over the Canadiens plus ongoing reaction from Game 4 of the Islanders-Lightning series and more in today’s NHL morning coffee headlines.

NHL.COM: The Vegas Golden Knights tied their semifinal series with the Montreal Canadiens at two games apiece with a 2-1 overtime victory in Game 4. Nicolas Roy tallied the game-winner in the extra frame. 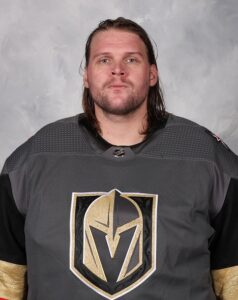 Montreal opened the scoring with a second-period goal by Paul Byron but Vegas defenseman Brayden McNabb tied it midway through the third period. Robin Lehner was a surprise starter for the Golden Knights, kicking out 27 shots for the victory.

SPECTOR’S NOTE: Eyebrows were raised when Vegas coach Peter DeBoer went with Lehner over starter Marc-Andre Fleury for this contest. Fleury’s turnover in Game 3 cost his club that game but he’s been otherwise superb in this postseason. It was a gusty move on DeBoer’s part that paid off. Lehner played very well, showing little sign of rust in just his second game of these playoffs.

After the Golden Knights dominated Game 3 and lost in overtime, it was the Canadiens turn to fall in the extra frame after outperforming their opponent. This was one of the Habs’ best games of the playoffs despite the loss. They’ve done an effective job bottling up the Golden Knights’ scoring forwards.

The poor quality of the NHL officiating has been an ongoing theme in this year’s playoffs. It reared its ugly head in this contest. One example was Montreal defenseman Joel Edmundson boarding Vegas forward William Carrier from behind right in front of referee Dan O’Rourke. Another was NcNabb manhandling Canadiens center Nick Suzuki, punching him in the face in full view of referee Chris Lee. There was no call in either incident.

LAS VEGAS SUN: Golden Knights general manager Kelly McCrimmon was placed in self-isolation yesterday after testing positive for COVID-19. The test result was revealed hours before Game 4. McCrimmon is the second person in this series to test positive. On Friday, Canadiens head coach Dominique Ducharme tested positive and is self-isolating for 14 days.

SPECTOR’S NOTE: Ducharme was fully vaccinated but a Golden Knights spokesman declined to comment when asked if McCrimmon had reached that status. The story goes on to say that 85 percent of their traveling party had reached the vaccination threshold that qualified for relaxed travel protocols. McCrimmon and team president George McPhee was seen maskless while watching Game 3 from a suite at the Bell Centre, which could be considered a protocol violation.

The games in this series are the first involving NHL teams traveling back and forth between Canada and the United States since March 2020. So far, no players have tested positive. You can bet the league will be closely monitoring this situation, reminding both clubs about the importance of maintaining its COVID-19 protocols.

TAMPA BAY TIMES: For the first time in two postseasons, the Lightning is tied 2-2 in a series heading into Game 5. They led each of their last six series three games to one heading into previous Game 5 situations.

← Sunday NHL Rumor Roundup - June 20, 2021 NHL Rumor Mill - June 21, 2021 →
We use cookies on our website to give you the most relevant experience by remembering your preferences and repeat visits. By clicking “Accept”, you consent to the use of ALL the cookies.
Do not sell my personal information.
Cookie SettingsAccept
Manage consent