​With the NHL free-agent market opening July 28, here’s the latest on the goalie market, Ryan Getzlaf’s status with the Ducks and updates on the Canadiens and Kraken in today’s NHL rumor mill.

LATEST ON THE OFFSEASON GOALIE MARKET

DAILY FACEOFF: Frank Seravalli reports talks between the Colorado Avalanche and goaltender Philipp Grubauer are expected to go down to the wire before the free-agent market opens at noon ET on July 28. The Avs are holding firm with an offer of five years and $5 million annually while the Grubauer camp seeks over $6 million per season. 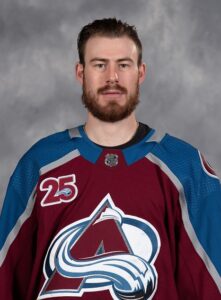 The Avalanche and Toronto Maple Leafs view Arizona Coyotes goaltender Darcy Kuemper as a primary trade target but the asking price is high. The Chicago Blackhawks are among several teams with an interest in Vancouver Canucks netminder Braden Holtby. The Vegas Golden Knights have dangled Robin Lehner and Marc-Andre Fleury at varying points this season.

TSN: Pierre LeBrun reports have an interest in Kuemper and Carolina’s Petr Mrazek. They haven’t made a contract offer to former starter Frederik Andersen. He thinks Andersen could be on the Hurricanes’ shortlist.

VEGAS HOCKEY NOW: Dan Kingerski cited Sportsnet’s Elliotte Friedman reporting a deal for one of the Golden Knights’ goaltenders fell through over the weekend. It was either Fleury going to the Blackhawks or Lehner heading to the New Jersey Devils.

SPECTOR’S NOTE: We can expect a fair bit of jockeying over the next couple of days as teams attempt to address their goalie needs via trades and/or free agency.

Grubauer’s situation will be interesting. The Avs wouldn’t have clinched this year’s Presidents’ Trophy without him but he was shaky in their second-round series against Vegas. Nevertheless, I don’t see a better option in the trade or free-agent markets.

Kuemper is the best of the bunch after Grubauer but he carries a $4.5 million cap hit for next season, has a recent injury history and is slated to become a UFA next summer. The Coyotes asking price is likely a high draft pick and/or a top prospect or young NHL-ready player.

The Lehner to New Jersey rumor caught my eye. The Devils seemed keen on young Mackenzie Blackwood as their starter. I assumed they’d want a reliable backup to mentor him. Lehner, however, is a full-fledged starter. If the Devils were trying to get him that suggests they have less confidence in Blackwood than originally thought.

It sounds like the Leafs are scouting the market for someone to share the goalie duties with Jack Campbell. If they don’t find anything that fits within their limited cap space perhaps they’ll circle back to Andersen, provided another club hasn’t snapped him up.

COULD GETZLAF HIT THE MARKET?

TSN: Pierre LeBrun reports the Anaheim Ducks and captain Ryan Getzlaf aren’t close to a new contract but he doesn’t rule out the possibility that they’ll get one done. Nevertheless, the 36-year-old center is readying himself to hear offers from clubs on Wednesday if he’s still unsigned by then.

SPECTOR’S NOTE: The Athletic’s Eric Stephens reports the Ducks want to bring back Getzlaf. He suggested the speculation about the captain leaving might be to put a bit of pressure on the Ducks. We’ll see what transpires. Despite his age and declining production, he will attract plenty of interest in the free-agent market.

WHO COULD THE CANADIENS TARGET IN FREE AGENCY?

SPORTSNET: Chris Johnston took to Twitter reporting Chris Wideman is a “good bet” to land with the Canadiens via free agency. The 31-year-old defenseman is coming off a productive season in the KHL.

SPECTOR’S NOTE: The Canadiens are looking to fill the gap on defense with Shea Weber sidelined for next season (and possibly longer). They’ll also need some checking-line depth if they lose center Phillip Danault to free agency. One rumor claims Wideman already has a one-year deal in place with the Habs that will be announced tomorrow.

KRAKEN EXPECTED TO BE BUSY IN UFA MARKET

TSN: Pierre LeBrun reports the expansion Seattle Kraken are expected to be active in the upcoming free-agent market. They have lots of cap space to invest. LeBrun believes they’ll circle back on St. Louis Blues’ left winger Jaden Schwartz and make him a concrete offer.

SPECTOR’S NOTE: The Kraken have over $30 million in projected cap space. They have sufficient room to re-sign their four restricted free agents (including Vince Dunn) and make a splash or two in the UFA pool for someone like Schwartz.

Edmonton has been discussing trade options with Neal. If they can’t secure it (one broke down on weekend) I’d expect Neal to be placed on waivers today for purpose of buyout. He has 24 goals in previous 84 games. He’ll get signed for lower AAV and I could see him score 15+ goals.

← NHL Morning Coffee Headlines - July 27, 2021 Golden Knights Trade Fleury to Blackhawks →
We use cookies on our website to give you the most relevant experience by remembering your preferences and repeat visits. By clicking “Accept”, you consent to the use of ALL the cookies.
Do not sell my personal information.
Cookie SettingsAccept
Manage consent