​Speculation over who could become the next general manager of the Chicago Blackhawks in today’s NHL rumor mill.

THE ATHLETIC: Mark Lazerus and Scott Powers listed their potential candidates to replace Stan Bowman as general manager of the Chicago Blackhawks. Bowman stepped down on Tuesday following the release of Tuesday’s report into the findings of an independent investigation into allegations of sexual assault of two players by former video coach Bradley Aldrich. 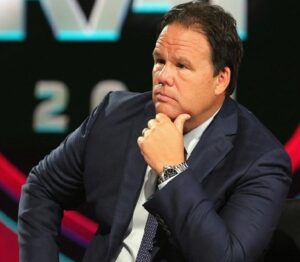 SPECTOR’S NOTE: The Blackhawks could stick with Davidson or look to someone else within their organization. Perhaps they think outside the box and bring in someone with limited management experience such as Chayka. Olczyk or Weekes.

Dreger could be right that they’ll look to someone with experience who can be a steady hand on the tiller. Gorton could be the best bet here given his rebuilding efforts with the Rangers.

← NHL Morning Coffee Headlines - October 28, 2021 NHL Morning Coffee Headlines - October 29, 2021 →
We use cookies on our website to give you the most relevant experience by remembering your preferences and repeat visits. By clicking “Accept”, you consent to the use of ALL the cookies.
Do not sell my personal information.
Cookie SettingsAccept
Manage consent